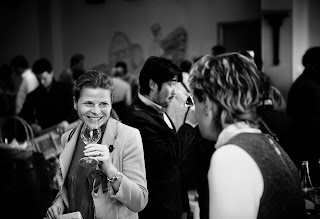 What if women ruled the world?


The questions have of course been asked over and over again, and it clings like a naive cliché to ask it. Hypothetical, speculation and somewhat irrelevant one might say. Nevertheless mind joggling with theories can occasionally be interesting.

If women ruled the world, how many World Wars would we have had; 1,2,3,4 or maybe not a single one? Would we even have nuclear weapons or at all know what they were? A Middle East conflict, dictatorship, world hunger, Global warming, financial crises or how much would Cristiano Ronaldo earn a month???

What if there was no male wine journalist or at least the leading wine critics were mainly female. We would be loaded with Jancis Robinsons clones. We could also assume there wasn’t a system with hats, stars or points, which ranked wine.

Wine still got reviewed in this female paradise, but the framework was far less rigid.

Systematic tasting of wine didn’t exist. Suppressing variables, which could influence our judgements was an illusion. In fact we did the opposite and highlighted everything that influenced us.  Wine tasting didn’t really exist; it was derived secondary result of drinking wine.

The tight and organized overview of the wine we have today was very different. The hierarchical subdivision of wine was far more complex, as a certain breed of wines suited our needs one day, but maybe not the next. Some would say the controlled and easy consumer overviews of wine we have today, was a big mess in the hands of the women.  A jungle no one ever thought about cleaning up or organize.

The storytelling of wine was on a holistic level. How the taster related to the wine on all thinkable levels. We focused on symbioses between nature, culture, people, moods, occasions, food, diversity, temperature, humidity, glasses, lunar calendar…. etc. The best wines, could like today be those who were utterly complex and to a degree of supernatural. But the mojo was always drinking pleasure and how the wine was in synch with variables, our minds and emotions.

Norms didn’t exist, as there were no rules.  Sure Wine A could be miles better than wine B. But wine A, could also be horrible the following Tuesday, horrible the next week also, but utterly sensational, when you had it a week later, with some friends in Tuscany. We weren’t embarrassed to tell how a wine could appeal so differently over so short a time span, as it was a consequence of having full presence with wine and we always spoke highly focused on the variables, which changed the outcome.

We didn't think we were smarter than wine and we always needed to “nail it”. We loved being in doubt, because it reminded us that wine was a function of our complex life.

Maybe, but are we/you satisfied with what we have today? When you found a love for wine, how long did it take for you to realize that wine was also about “code of conduct?” Have we in fact just jumped onboard and pressed, “I agree” without reading between the lines?

I don’t have them all – as I am not here to judge. I am however here to ask questions and be curious, because clinic tasting of wine it not something I believe in. I believe in variables and I embrace them. 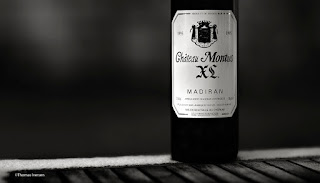 The other week I decided it was time to serve a wine I have basically been waiting 15 years to taste. There was only one person I could drink this wine with - my good friend, Claus whom I have been drinking wine with for almost 20 years now.

Had I chosen to share this wine with my wife, it would have failure written all over it.  I speculate she would have categorized it as what she often calls a “typical maleness wine”. Taste it myself then? No! – I can already see how I have been far more analytic (maybe…I don’t know 100%).

Together with Claus, there was a connection, which started by itself, as Montus was one of the very first wines he and I shared together. Why not use this? Why not bring myself to a state of mind, where I was already smiling, when he was blind guessing on this wine. You see, we collected Montus and held tastings, where it often acted as joker in Bordeaux flights.

However during the years and with plenty of water flowing in the river, Montus have sunk into oblivion. Yet tasting it again made me realize, the journey we take in wine is not always about defining your taste here and now. We still have memorable moments, when our taste was different. Today Claus and I doesn’t necessarily share taste in wine, but Montus made that link back in time and that was exactly what I hoped for.

The wine was thrilling because of this special occasion. It reminded us how elegant Montus can turn out when you give it +10 years in the cellar. It also reminded me how many different wines I have actually tasted during the years.

Claus started his first blind guess with Bordeaux, which wasn’t a surprise to me. I would have guessed the same, if I were in the hot seat. Notes like; vanilla, melted milk chocolate, sweet cedar wood, cigar box and healthy ripe blackcurrant were the perfect recipe for Bordeaux. It even delivered a very classy taste, with solid good bite and structure. However after this guess he paused for some 20 minutes – had a refill and then said out loud: “Montus!!!!” We laughed and at this moment a window was opened to memory lane and the stories just floated, as we were back in our twenties.

Had I had this wine alone or at a systematic controlled tasting event, the outcome would have been very different.

So my advice to you is to embrace everything in wine that can influence you, because in the long run you can’t suppress them anyway.

Variable no. 32B is: Occasion & Friendship 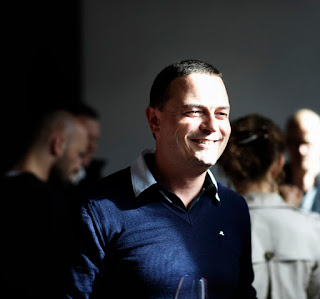 Fantastic story. Always a pleasure to read your posts Thomas.

I'm not surprised that Claus nailed Montus, he is an excellent taster and very analytic.

Have a wonderful Christmas and a Happy New Year.

Good to hear from you again.

All the best from,
Thomas

Another beautiful post, Thomas - thanks for the read!
/Niels

I believe the wine also was an eyeopener to Thomas...;-)

Hehe - thank you, Claus....see you soon my friend.

I love Château Montus Tannat based wines....to me a mix of elegance (when aged) and power. Powerful wines (of any type) speak more to me than 'little elegant crowd pleasers'.