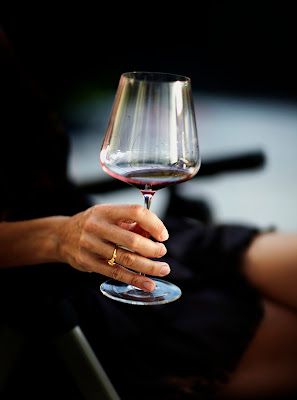 (Both images are clickable and will open a larger format)

This summer has also included some Italian wines. It has been so so…no news there. It’s still the struggle with some of these Tuscan IGT things, which I have in my cellar – they are IMHO missing some awareness and seem to be more about (rudely generalizing of course) too much stylish wine making. I tend to compare everything against my Italian Nirvana; Soldera’s Brunello “Case Basse”, which of course is a bit idiotic. At the end of the day – the problem might not lie with these wines, but maybe it’s just me getting more critical and grumpy with age.

Anyway…I had the 2004 Paleo from Le Macchiole, which almost made me fall asleep. Don’t get me wrong; Paleo is indeed a well made wine and the 2004 can very well have a bright future ahead of itself. But at this current stage it falls into a category of thousands of others wines, with polished newborn fruit, tons of new oak and unfortunately a way too tarred finish.

I opened another Le Macchiole wine; the 1999 Scrio, which has never disappointed me. Sadly - I have to say, the wine is beyond its peak and now struggles to show energetic and vibrant fruit. It’s a very dark scented wine, with black fruits, peppers and unfortunately evolving notes of prunes, which to me is proof of a tired wine.

Still continuing, I tried the 2006 “Percarlo” from San Guisto Rentennano. I was again disappointed – a muscular wine, with tons of oak and dark bitter phrasing. Yet Percarlo drinks okay’ish – it’s not alcoholic or anything, it’s just rather monotone. Percarlo cellars well, so of course it could just be a dull phase.

Fourth try was better – the 2004 "Cepparello” from Isole e Olena even though it started pretty lame – with the darker side of the Sangiovese expression (which I don’t like) – black cherries and herbs. But with air the wine lifted itself above average and became extremely gentle and elegant on the finish line. A really well drinking wine. 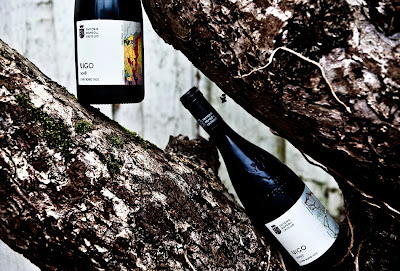 Blend: Nerello mascalese & Nerello capuccio
Age of Vines: 3 out of the 13 ha. are over 100 years old.
Winemaker: Chiara Vigo
Vineyard: We are 700 meters above sea level. The importer showed me an image of the vineyard and just a few meters next to some of the plots, lava swept away 60ha of land in 1981.
Bonus: The 2007 are the debut release of this wine.
Glass: Zalto Bordeaux

Why is this better than those mentioned above?

For me it has a far better terroir style - meaning a rather intense soil attack and sublime inner coolness.

At opening, the 2007 don’t really stand out. It’s a result of an incredible charming style with round healthy fruit, which of course is all right – wine is also about pleasure. But!! – It just doesn’t interest me in the long run, if there is no edge. However, examining a bit more, the wine opens up and the fruit core reveals more purity with the red cherry / kirsch flavors’ getting more and refined. It’s exactly that red fruit I look for in Italian wines. The taste is almost even better as the wine is really cool tempered; with an intense soil feeling of graphite and possessing a bright acidity. You feel the 14% alcohol, but the wine is in balance.

The 2008 vintage are quit different – yet more sophisticated. The start is incredible with tightly packed red fruit, which goes in the direction red cherries and rose petals. It’s once again a very fresh, slim and cool style. Yet it closes down after 20 minutes and catches bitter notes of vitamin pills, gauze bandage and menthol. From here I rested it one hour in the bottle. Despite still possessing some of the vitamin pills notes – the red fruit was brought back to life and together the formed a sophisticated package, which possess that intense soil graphite feeling with remarkable freshness and firm acidity.

Both wines performed best at a low serving temperature to really bring out that refined style. 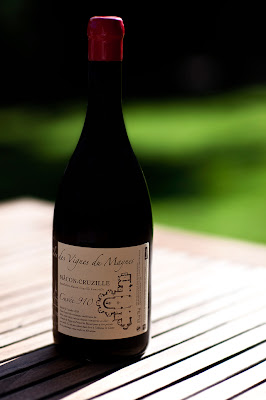 It’s not easy to find details about this wine, as the producers Internet site has very little information. However if my information’s are correct (provided by the importer) the name; “Cuvée 910” are a reference to the year 910. In the year of 910, Domaine des Vignes du Maynes belonged to the monastery at Cluny, which again was under the management of the Benedictine Order. In that same year the Duke of Aquitaine gave away the monastery to Abbed Bernon, who laid the foundation for the powerful and influential Cluny monastery. The monks living at Vignes du Mayne, harvested grapes and musts, which later were transported, to the monastery, where the wines were brought up.

The blend is of course closely chosen to show how they produced wine back at those days. It’s actually interesting to know how the wine is put together, as I had an idea (which is not necessarily correct) how the 3 grapes each provided their character. The presence of Chardonnay…(if again my analysis are correct)…actually puzzled me. It might have been designed to provided some tall and freshness – plus a vivid acidity, but actually I found something was diluting the wine and pinpointed the Chardonnay to be the troublemaker. However I was to learn that the wine was actually just in need of some air (just under one hour should open it up).

If to continuing the game of letting each grape speaking their voice - I found the Pinot provided sublime pure cherries, red currant and the Gamay playing along that violin with wild berries, moist forest and dried fruit. All together it’s an extremely subtle, pure and refined wine, which almost – when the Chardonnay tone has unfolded - goes into a floating stage. As I decanted it half way trough my tasting experience, the last drops was clearly the best and you almost begged for more. 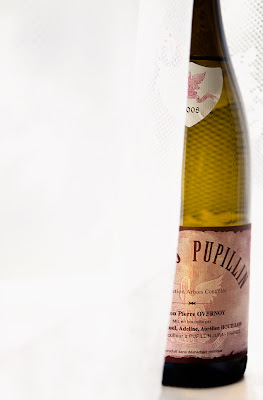 (Image is clickable and will open a larger format)
Blend: 100% Chardonnay
Vin Nature – zero sulphur
Pierre Overnoy is by many considered to be the Godfather of natural wine.
Glass: Zalto Burgundy

First of all – I hope you have all had a great summer. Yesterday was officially the last bathing day here in Denmark, so I thought why not get cracking and write about some of the many wines I have tasted during the summer of 2011.

While the debate about natural wines is on fire on various wine boards / blogs, I thought it would be a good idea to have one of these “very dangerous wines”, as the heated debate seems to be more about ideology, personal offending, than what’s actually inside the bottles.

As you might have noticed, I drink a lot of natural wines and I of course have an opinion about them. However the subject is filled with a lot of grey areas, but I hope to post my thoughts in September.

Now the wine; which was one of the most exhilarating wines I had over the summer.

Clarifying and complex nose of honey, butter, and wild yeast notes are some of the first thoughts that came to my mind. I also found what I would describe as “milk skin”. This has two meanings; 1) It’s covers the wine with a subtle sensation, but it’s also; 2) A texture issue, as the wine takes on an elastic feeling. The latter transports itself all the way to the finish line, as its stretches the wine beautifully on the palate without using much “muscle” to do so. There are both complexity and gracefulness about this smooth and elastic touch, as the wine holds so much clarity and energy and thankfully never takes the shape of an oily wine, which sometimes can loose tallness in the glass. On the palate, the wine provides some of the same aspects from the nose, but also catches notes of fresh melon.

Despite my reference sheet in Jura are still very limited, I have say, that this is the best white Jura I have tasted so far.