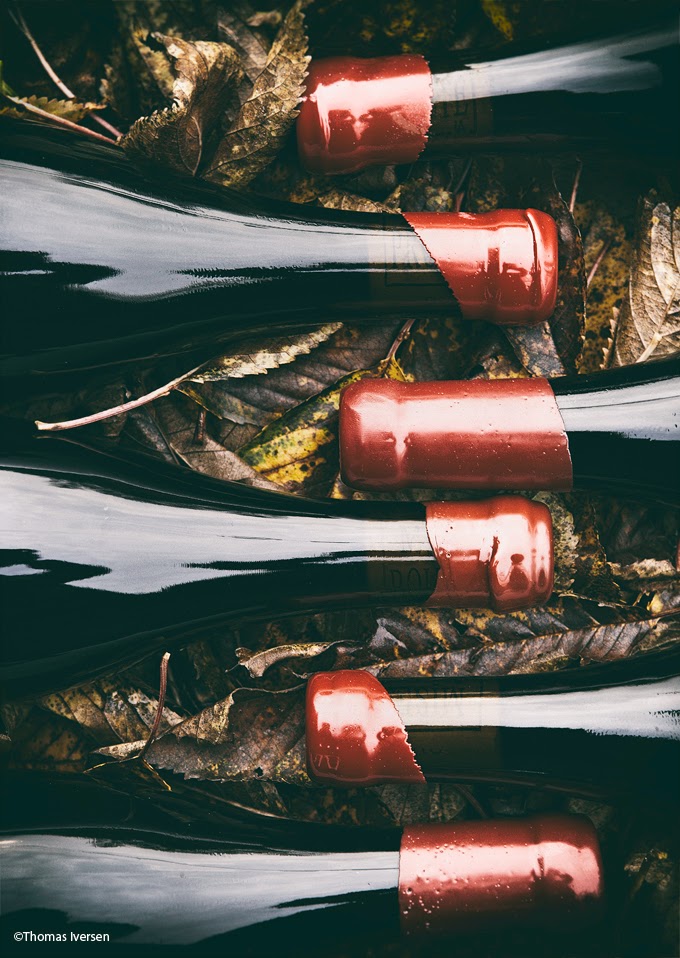 “Life is what happens while you are busy making other plans”

Wine has always been a victim of proportions. Most of my wine loving friends (including yours truly) have always measured the experience of drinking wine. It’s the simple result of telling a story and emphasising the enthusiasm or disappointment.

Telling a story about wine is not easy, which of course is a good thing, as we interpret so individually. Yet we often categorize. Cut to the chase. What wine are we dealing with? What level are we at? Legendary, Great, dull or bad wine. Maybe just daily drinkers

So what are daily drinkers?

First of all it’s a wine with a good” quality to price ratio” (QPR). It’s something we buy in cases and drink it big gulps. The no brainer wine - the wine we always reach out for, when we have no idea what else to drink. The wine, which is never seasonal, but works all year round. It’s also something, which define us. Italian wine aficionado maybe; a Chianti, Rosso di Montalcino, Dolcetto or a Barbera. These wines not only provide our everyday needs – they also keep us in our comfort zone. We have bought these wines, because we know beforehand that we will connect with them.

But when it comes to tastings or special occasions we tend to dress up and explore wines with a higher price tag and presumably also a higher quality and complexity. Rosso di Monalcino becomes a Brunello - Dolcetto or Barbera becomes Barolo. These special events tend to be the bridge to some of our most memorable wine experience. Or are they really? Did John Lennon have a point, when it comes to wine? I think so.

For sure wine obtains an extra dimension, when it breaks the barriers and light up our emotional barometer. But somehow I think daily drinkers deserve the same respect. They are the backbone of our passion. I also like the humbleness, which are essential for these wines. There is something aesthetical about the simplicity they posses and despite the might lack in complexity they can in some cases have a higher degree of presence as you immediately connect with them. And last – but not least, to earn and fit this category they always have the highest degree of drinking pleasure.

Here are some of my favourite daily drinkers – some I drink now – some I have run out of –some are on the radar, some I wonder why I forgot or never bought more of. Price wise less than €20 are ideal, but it could go all the way up to €30 in some cases.

….Etc….and I am sure there a lots of wines, which I have either forgot or could fit in.

Let’s end this small session with a wine, which fits this category to perfection: 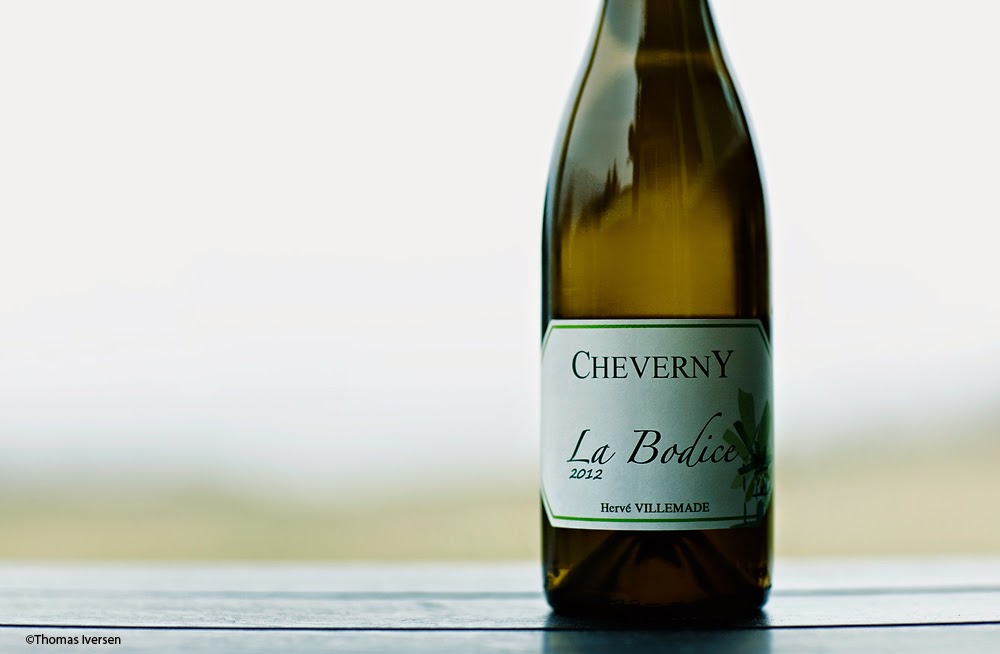 I love this wine – simple as that. It’s trademark and the fist impression is divine zippy freshness, which burst out of the glass with candied citrus and lime zest. But there is also a remarkable secondary understated window with remarkable ripe and lush fruit sensation – such as mango and pineapple, which could very well be driven forward by the Chardonnay grape. Underneath you have some darker baseline, soil and spice driven with fennel and liquorice as the main character (also mentioned on the Hervé Villemade homepage). This is the sort of wine you drink with our without food on any day of the year. If you choose the latter you will discover a phenomenal food-pairing breed, which I have successfully matched up with both a rich salmon dish, chicken in red curry, sushi, gazpacho and even guinea fowl. Great stuff and highly recommended. 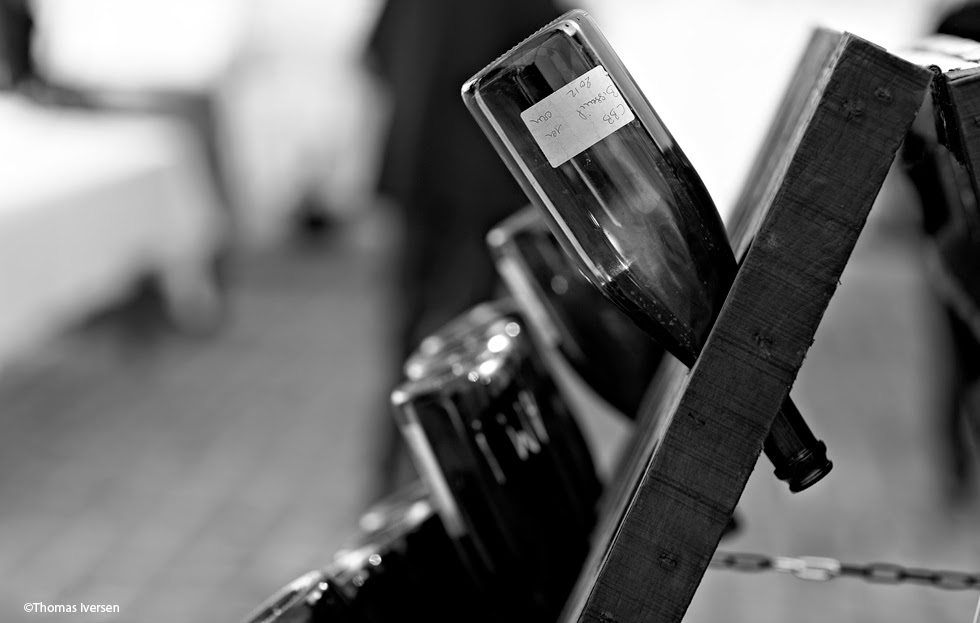 From the very first day I got acquainted with wine, I also stock my head into a swarm of consumer guidance. At that time I needed those advises - so obviously I embraced them as the most natural thing to do.

The drinking window was one of those advises, I quickly realized was of significant importance. Back then; I was into wines with serious muscle and extract, which required time to unfold. Paying attention to the perfect window of opportunity was crucial and logical. However I also learned, that the drinking window was not a straight line, which gradually unfolded the flower. Wine were a living organism, which had it’s own dynamic cycle and you never knew what to fully expect.

The consumer guidance however evolved over the years with the birth of the Internet. Wine boards – databases and social medias, all chiming in with live data stream about a wines status. It matters in an environment of passionate, dopamine addicted and seriously impatient wine people. Being guilty as sinned here – yet somehow I have also realized flaws in the system and actually never solved the equitation of planning the perfect drinking window.

But why are we so anxious about the drinking window? Are we merely just practicing due diligence by sort of protecting our investment? Opening a wine at perfect maturity is success. Opening a too young wine or a wine over the hill is failure. The consumer guidance has taught us to pick our winners and stay away from the loser’s team.

But you know what – it’s just another flawed story from the wine scene, always posting flock mentality black and white guidance.

I think it’s fine that you, as a wine geek pay attention to every detail about a wine. If you pick up stories about a possible vintage or certain wines, which requires extraordinary patience  - you will obviously somehow storage that information. But personally I discovered, that I gradually became a slave to an overload of information. It became the driving force behind every move I made. I started to form intros, story lines and endings for wines, like they were a predictable Hollywood movie.

It had to stop and it did.

If you are a romantic wine drinker (like me), it’s important that you somehow bury the theorist inside you and prepares the inner “doer” to get out on the dance floor and practice. The only way you learn about what’s the right or wrong drinking window (if at all any) is to make “mistakes”. But actually they are not mistakes. You take experience with you and if you are willing to challenge yourself you stop and reflect. In this process you will discover that wine does not have one, but almost never ending drinking windows. I would even go as far, as saying, there is no such thing as a wrong drinking window. That’s not the same as saying a wine will taste significant better/worse during it’s life span. But hey – that’s life – that’s wine – that’s the risk you have to live with. If you are looking for a 100% bulletproof plan only circulating in your comfort zone then you might consider drinking Coca-Cola or water. 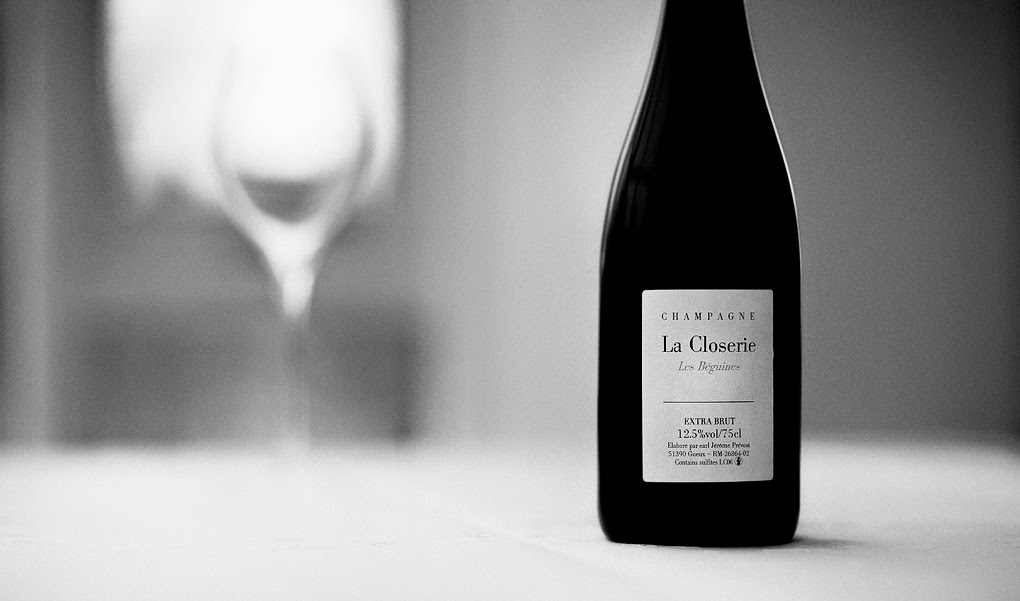 So let’s turn to a Champagne, which can support my post. It comes from a wine maker, which I am very fond of. It’s the one and only Jérôme Prévost (again).

Now Jérôme have often told me, how it sometimes takes 5-6 years after bottling before he can actually recognize the wine he worked with in the cellar. His wines are known to shut down dramatically in the bottle. For this and based on several experiences, two visits (and even a small vertical tasting in nov-2012), I have build a comfort zone fence of making myself believe that “Les Béguines" and La Closerie Fac-Simile rosé” requires +4-6 years of cellaring to reach an optimal drinking window. In this process I did the exact same mistake, which I have just criticized. I forgot that Jérôme’s wines, especially “Les Béguines" presents one of the most sophisticated versions of Pinot Meunier from day one.

You love your children from birth – and they might bring even higher joy to your life as they grow older – but their character are also a reflection of their childhood. Wine is the same – small individuals, with both a backpack of personality and constant evolvement. They might be slightly flawed, unresolved, mysterious - even fascinating, yet they also provide a mind game of imagination of what they can be. Wine is sense game, a dreaming aspect and who on earth would miss out on this?

From the very first nosedive you are beamed into a another Pinot Meunier dimension. Nowhere in Champagne you find this sophistication. I would be reaching beyond my vocabulary, if I should try to list the “correct notes”. They seemed to be composed of black cherry stones, black olives, diamond dust (don’t ask), licorice powder, nutmeg and a mixture and unexplained spices. There is a splendid firmness and energy, bringing utterly divine tallness, which is reason enough to taste it young. On the palate it shows great definition with a solid footprint of this spice paradise mixture being gracefully released in a very convincing way. Overall – the 2011 might not have the majestic tallness like the ’08 and the ’06 devilishness – but it’s one of the most elegant and sophisticated versions I have tasted of “Les Béguines “.

Now knowing how it tasted from youth, we have been formally introduced to each other. The dream processes have begun. When will me met again – how will the next“date” turn out?