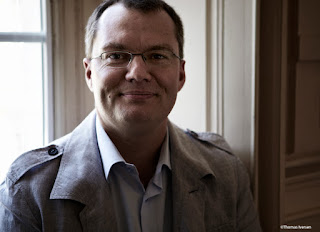 I first discovered Benoît Déhu back in 2014. Déhu was (and still is) part of the “Origines” group, which are among many of the tastings you can visit, in what we now know as the Champagne week in April.

Origines are a group very friendly people, good intend, curiousness and the willingness to be inspired. However, back in 2014 I witness way too much Chaptalization. Of course I am rudely generalizing (forgive me), but on that day, the bone dry 2011 (1g/l dosage)“La Rue des Noyers” was easy to fall in love with.

Dehu also served some still wines at Origines. They were pretty bold in character and might have had a bit too much wood infusion – yet quit intense for Coteaux Champenois. I will have to re-taste these wines someday.

Since then – I have tasted the 2011 “La Rue des Noyers” on several occasions and have always appreciated it. It’s a Champagne, which combines the sophisticated side of Pinot Meunier, which has its roots in high pitched energy and spices. It’s far from the heavy and baroque style of Meunier, which is really not my thing.

“La Rue des Noyers” has a phenomenal linear energy, which is intensified by a singing clarity. In 2011 the Champagne is obviously greener and herbal – which is typical for the vintage. However somehow it works here, though I believe that the 2011 should be drunk young.

Almost since I first tasted the 2011 - I have been eager for the 2012 to be released. It happened earlier this year and a few days ago I tasted it. 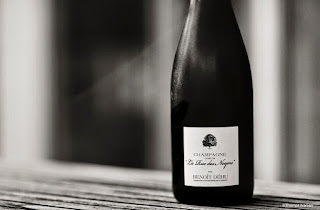 The nose is really tense and packed with dynamite young juice.  The 2012 are a sizzling fruit sensation, which feels like small frozen crystallized particles waiting to defrost and explode. Normally you would rarely hear me say, that a Champagne is too young. There is always something to learn and explore from a youthful Champagne and in fact - 9 out of 10 times I prefer a young Champagne.

But this is really youthful. But goddamn I would still recommend you take a dive here as it’s, filled with lime zest, flowers, apples and mint. In the background you have a slight smokey touch from the oak, which is in perfect harmony, as the fruit overload is so massive.  The taste is awesome, both in terms of purity, energy and a nerve-wrecking acidity.

Hunt it, if you can find it.

P.s. Dehu Also makes a cuvée called “Le Pythie”, which I have yet to taste.