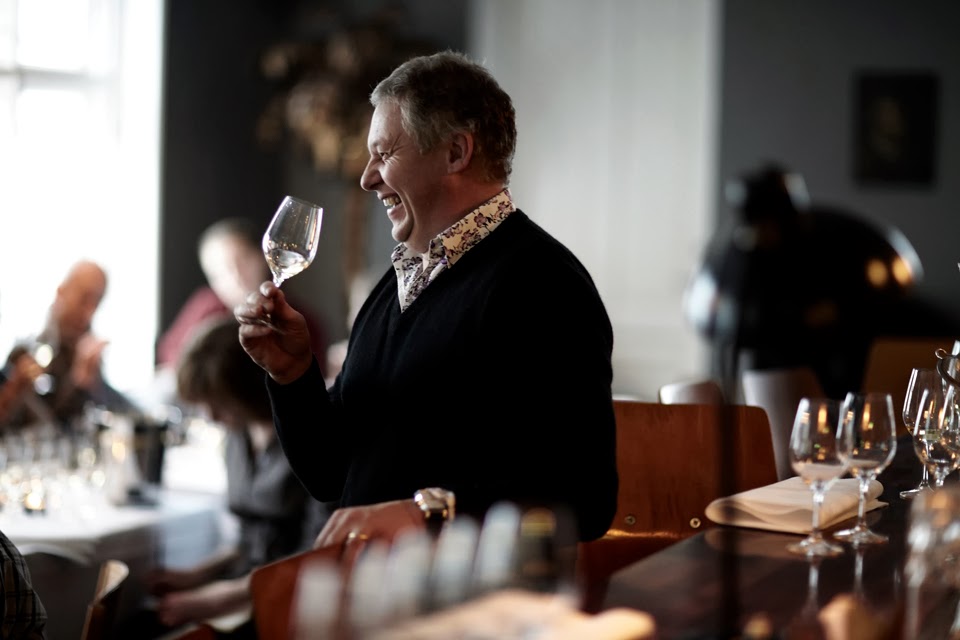 His Danish Importer “Petillant” (Mia & Mads Rudolf) celebrated their 10-year anniversary of importing David Léclapart to Denmark. An event like this required something to drink, so they had lined up not only 10 – but all 11 existing vintages of L’Apôtre; 1999 >>> 2009. The third anniversary was restaurant Noma’s, who opened in Nov-2003 and where some of us (including me) continued with a tailor made David Léclapart dinner. It should be mentioned that their was an event on the Sunday as well @ restaurant Kadeau, where I sadly couldn’t’ participate.

I still remember the first time I tasted 2002 “L’Apôtre”. It was a Friday in April 2008. At that time I was searching for another route in Champagne, which didn’t led to another blind alley of bling bling, gift boxes and tax-free luxury goods. I knew about Selosse and Vilmart and enjoyed both, but there had to be others making real WINE in Champagne.

2002 “L’Apôtre” blew me away and it was the first time I tasted such uncompromising soil intensity in a bottle of Champagne. However the greatest gift about “L’Apôtre” was the man behind it; David Léclapart, whom I had the pleasure of meeting for the first time in April 2009, when I stopped by his place in Trépail.

David Léclapart is one of the most humble winemakers I have ever met. He is addition such a kind, funny and inspirational human being and I have to confess, that my appreciation for his wines under heavy influence of his personality. That said, I am confident that David belongs among some of the “greatest”, but sometimes I wonder if David actually knows that? His easygoing and bohemian approach to life and the way he speaks about his work are never a detailed technical presentation. David speaks more about the bigger lines, such as nature’s influence and how he as a winemaker interacts with the given premises. He is truly unique, hard working with a clear vision of how he wants’ to make wine. 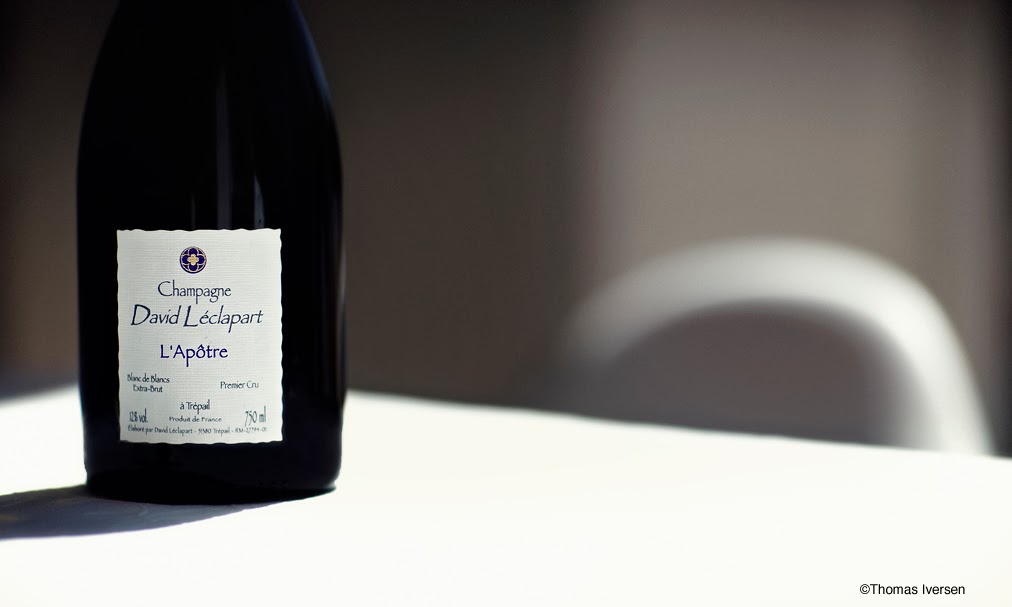 I have of course some notes on the 11 bottles for you, but I have to say that I am becoming less eager about writing technical tasting notes. For sure – I am like a robot when I sit down in a quite room and sniff to wine. My pen instantly start to dance on the paper and I can write tasting notes in my sleep. But tasting a glass or two of L’Apôtre is not really what this Champagne is about. It requires a lot of air and the real conclusion (if at all any) would be more appropriate after a whole bottle. So – take my judgements with a pinch of salt.

L’Apôtre is always a lieu-dit made from the vineyard “La Pierre St-Martin”. The vines are pretty old – planted in 1946 by David’s grandfather and L’Apôtre is vinified in oak, whereas “L’Amateur” (his entry level Champagne) is vinified in steel and “L’Artiste” is half oak / half steel.

Before we started, several of us would have liked to be sort of calibrated with a simple glass of some other bubbly stuff. You felt it was 1,2,3 GO!! And then one of the greatest Champagne just landed in front of you. 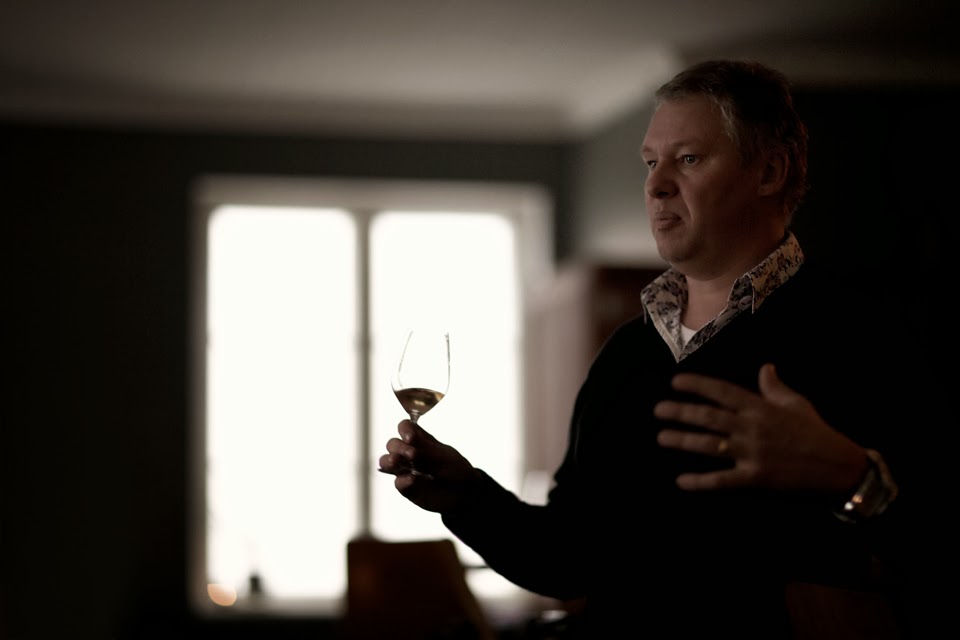 David explained how ’09 reminded him a little of ’03. Yet the burning of the sun was more intense in ’03, yet the warmth in the two vintages was similar. ´09 is officially not released yet and you can feel how the vanilla of the oak is too brutal at the moment, but I would assume it would be more integrated when it’s released in 2015. ’09 is overall a brutal beast at this stage, yet the minerality is fascinating intense, but when you taste it at this young stage there is too much fireworks in front of the mouth.  Time will tell.

’08 is a hyped vintage in Champagne and from what I have tasted from other producers I can understand why. Let’s cut to the chase; 2008 “L’Apôtre” is magic and it’s probably one of the most harmonic young Champagnes I have ever tasted. The fruit in this Champagne are beyond delicious – crystal clear and super ripe material with enormous electrical intensity. The acidity is mind blowing intense, making it already irresistible at this stage. The 2008 “L’Apôtre” are the finest ever released IMHO and if you decided to buy it when it’s released later this year I would suggest you try it right away before moves into a shy phase. Hunt it like demons my fellow friends.

’07 was a challenge in Champagne and it shows. David saw parallels to ’01, which is indeed also a difficult vintage. After the magic ’08 the ’07 stands out even more awkward. The nose is quite shy and filled with herbal character and peppermint associations. The taste is a touch better as it’s delicate drink, yet missing a lot of bite.

I have always liked ’06 vintage in Champagne. It has a certain trademark, fuelled from a really devilish intensity. Yet some cuvées needs time and that also goes for the ’06 “L’Apôtre”, which I now taste for the third time. You have to analyze this Champagne more on what it’s actually hiding, as it still feels like the ’06 are trapped in a small box, making its fruit flavours feel like a compact hand grenade. Despite the taste takes the same compact shape, it’s has this devilish intensity, strong bite and a very vibrant acidity to go with it. Give it 3-5 years more in the cellar. 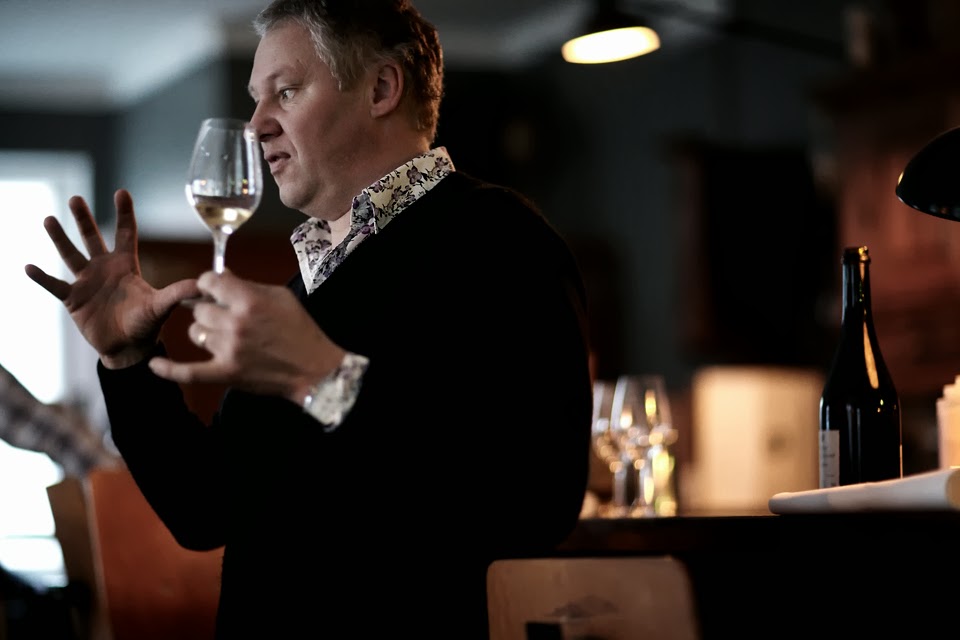 David told us that the ’05 and ’03 had the same Ph-level. A hot vintage, but no burn on the grapes like it happened in the rather freaky ’03 vintage.

The ’05 vintage has always troubled me. In all of David’s Champagnes, there have been an element of rotten potatoes, which is not a coincident, as a lot of producers have been dealing with rot in the ’05 vintage. Yet I have to say this is the finest version of ’05 “L’Apôtre”
I have ever tasted. No rotten notes, yet a fraction herbal character with fennel and coffee beans. The taste is also good, despite a vintage like ’06 have far more bite. Overall a nice surprise.

Every time you talk with someone about the ’04 “L’Apôtre”, you always talk about whether it was closed or not? The ’04 shined like a diamond when it was released, with the most insane fresh laser precision and soil intensity. But shortly after it closed down – or did it? I have tasted it many times before and I have to say it feels like it’s constantly bouncing between opened or closed. If conclude anything I would say it’s more closed than open right now. This was also the case at this vertical – but more pronounced on the nose, where it reveals an intense, but somewhat angular character. The taste is however divine- creamy and clinic purity with out of this world focus. It will hold many years – but be patient.

I have always thought that David has managed to balance this freaky vintage. For sure the vintage will never be elegant and when you have just had a vintage like the ’04, which is sleek elegance, then the ’03 feels a little vulgar in comparison. But wine is also about finding the right occasion and this exotic, deep nutty and caramel breed is more about letting go and being seduced. I actually liked it and still think David has made a fantastic result. 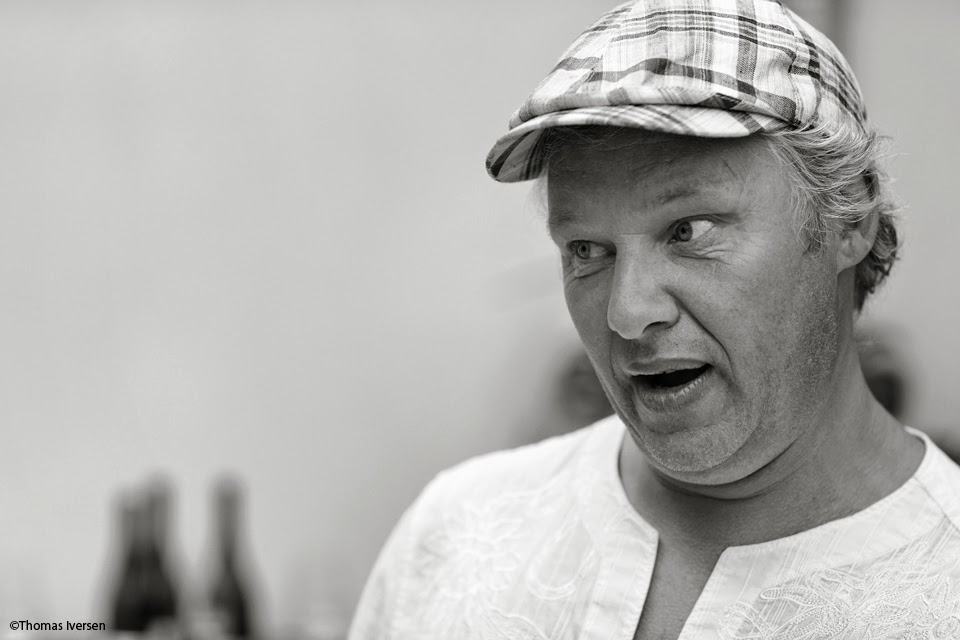 Basically the ’02 have everything you look for in a great bottle of wine. Every component is harmonic and it stands out as a perfect Champagne with 110% balance. What you might find interesting (but not new to me) is that “L’Apôtre” will actually become rather classic “Champagne” with age, where the autolysis notes start to shape and all those secondary notes comes forward. The difference is however a far cleaner, crisp and real wine without any fuss or make-up. The 2002 are still young and will probably last 20-25 years more. Be happy if you own it.

Very difficult vintage and David had to capitalize in ’01, which he is far from his philosophy.
Despite there is only one year between the ’02 and ’01, the latter feels 10 -15 years older in the glass. Pretty developed with a lot of nutty autolysis notes and again it feels like very classic aged Champagne. If I have had this alone I would have enjoyed it, but when you know how much soil bite “L’Apôtre” are capable of producing, you can’t help think of a rather amputated specimen.

The two available bottles at the tasting was apparently very different. I think I got the “wrong” version as mine was rather blurry in the glass and the mousses were almost absent. I have however tasted the ’00 before, which I remember as seductive, buttery, exotic, pineapple creamy and like aged white Burgundy. But this one was impossible to judge as was pretty strange.

The ’99 are really nice glass of Champagne. Again “classic” and despite it has the same oxidized character like the ’01 is has much more to offer. There is better intensity and the aged flavours have lots of nerve. The acidity is it’s only problem, so I would guess it has its peak now and +5-7 years from now. 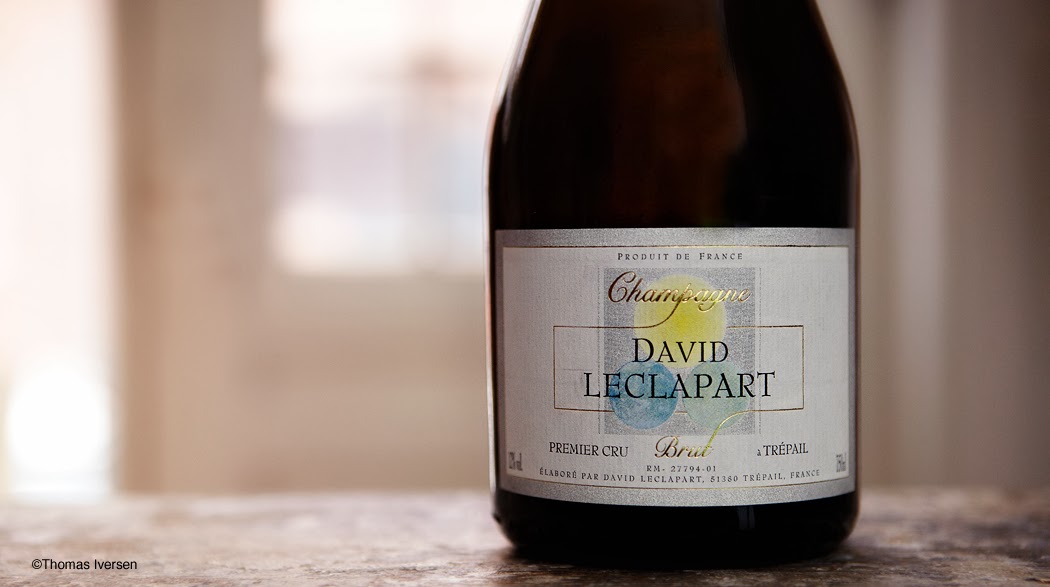 So we continued at restaurant Noma, where I sat just beside David and had a dinner I will never forget. No camera, pen or paper – just pleasure, life, wine, food and good friends.