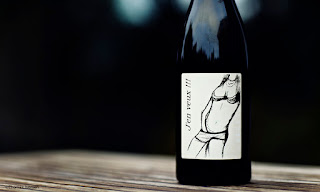 Wine descriptors are among many parameters also associations and known to include the word “sexy”. That’s however just an appetizer, because today’s so called tasting notes uses parallels to famous characters, which personality acts as a hybrid to describe the taste or feel of a wine.

The idea in itself is not bad.

With one stroke you can connect a wine to a person, who most people will probably know and have an idea how that person fits into the tasting note.

But here the allure starts to fade out…..

You see – most descriptors are really corny, sleazy and mostly written by men. They tend to swing in a direction of describing voluptuous women - actresses, models or rock stars.  A Pamela Anderson wine – a classic and we all know what that is – or do we? The Italian equivalent: A Sophia Loren wine, Spain:  Penélope Cruz and France has to be Bridget Bardot – or?

We could try to replace the female names above with some male celebrities. So how about a John Wayne, Humphrey Bogart or a Darth Vader wine? Not really – maybe a George Cloony wine…I know my wife will like that and I can imagine such a wine – can you? The Italian version… Berlusconi..naaahhh not really, what about a Eros Ramazotti wine? The Spanish red has to be a Pedro Almodovar, right? And the French wine could be a Jean-Paul Belmondo…not that I would look forward to drink such a wine.

The more I think about it – it’s kind of sick really.

Anyway – I don’t really know were I am going with this, other than I am about to present a wine, which label should make theses sexy descriptors redundant.

How does 17 forgotten grapes taste like? “Dangerous wine” one of my friends said – and the importer just smiled…and what’s is Ganevat trying to say with this label? I can’t answer that – but I can try to give you an idea what’s underneath the panties.

The wine is pure bliss and fulfilling almost everything I am looking for in a red wine. Red fruit of fresh raspberries, rosehip and a super delicate spicy note, which I simply couldn’t nail – other than it was something like a combination of some earthy notes, mineral spine and iodine. The taste is super light – super clean yet, powder sleek texture, yet with enormous precision and with a stunning drinking pleasure. It’s one of those wines you know will not rest for a day 2 and it’s gone pretty fast.
Indsendt af Thomas kl. 11:46 PM 3 comments: