Short summary from a tasting 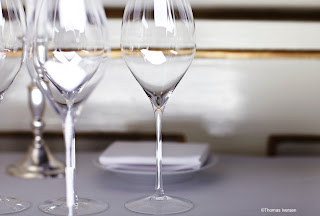 Some weeks ago, I had the chance to taste these wines @ Søllerød Kro, as my good friend Bent had invited a bunch of wine lovers.

First time in several years, I didn’t bring my camera and I must say it was so much more relaxing. So the images are from the archive. 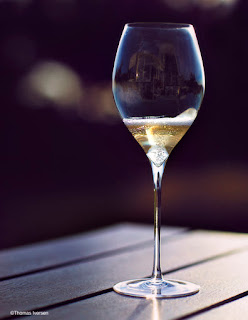 (The colour of Les Ursules 2009 is something else) 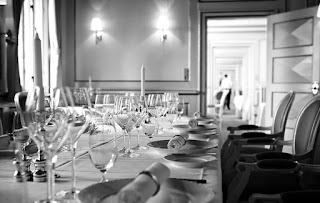 (Søllerød kro once again the scene for a tasting)

The 2009 Les Ursules is dynamite juice – so intense and precise. The ooze of tarragon, black cherries and diamond dust are thrilling. The colour was once again amazing.


1996 Selosse – one of the best examples I have had of this wine. Incredible deep Champagne with exotic fruits, buttery sensations and deep quince notes. The taste is shocking long and balanced. Perhaps the best 1996 out there.

1996 Clos de Goisses was completely wiped out by Selosse. I tried to give it some spotlight, as being in a flight with Selosse is mostly a losing game. It didn’t make the wine any better and it stands out as much more impure with low energy and way too much dosage.

Selosse "les Carelles". I am not 100% sure, but I think this was the 2004, which is blended with a bit of ‘03. It’s overwhelming concentrated with supernatural powers. Almost too much – but Selosse balances it out. It has Selosse typical oxidized character. I expressed my concern about a little too much wine making and trademark of Selosse and not the chalky Mesnil character. But then again – it’s his interpreting of the terroir and it also has a beautiful salty finish. I look forward to taste it again and especially follow it over a whole evening as the oxidized expression so often caves in with air.

I have looked forward to taste the 2007 Experience from Agrapart. First of all placing it in this flight with Selosse was a mistake in my opinion – they were completely opposites. Many around the table didn’t like it all – especially the nose. I loved it – absolutely fascinating stuff and I think Pascal have managed to bring out something very unique. It plays on many strings – ranging from sea breezes, floral waters, pineapple, mango, buttercup, mint and jasmine tea. It’s outrageous pure, zippy fresh and sleek. Magnificent stuff.

The whites were a big step down from Champagne and once again a white Burgundy disappointment. 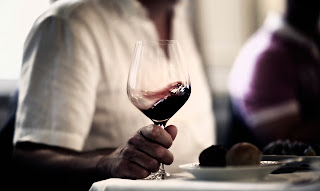 I can’t go into all of the reds, but my favourite was without a doubt Leroy’s 2001 Clos de Vougeot. What a thrilling wine it was. Best because it had the best energy, vitality and purity and it actually reminded me most of natural wine.

Both DRC wines were also lovely. The 2008 Vosne Romanee had a sensational note of roses and the 2007 Grands Echezeaux displayed notes of tealeaves, pine needles, egg whites and rounded up with a adorable slim - yet very deep finish.

If to talk about disappointments, it would be the wines from Liger Belair. These wines were at all times very polished and oak driven (not alcoholic and extracted) and easily detected in the flights. I have tasted some of these wines before outside such a big line-up, where they did better with a very seductive appeal. They are however quite polished, which in this big line-up was not a plus. So it happens that blind tastings is not necessarily the “truth”, but of course an interesting study.

The last flight was the Amoureuses wines. I was expecting delicate and refined strawberry perfumes to burst out of the glasses. However, very dark, dense and somewhat clumsy wines was present in all three glasses. Around the table were several Burgundy fans, which all believed these wines (especially the ‘05s ) will shine in future. I am no expert here – I didn’t really like them now, but let’s see.

Overall I must say it was a very fine tasting. 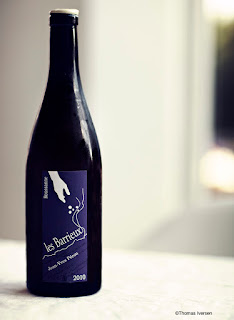 We Danes are proud of our strawberries. We honestly believe they rank among the best in the world – because they both posses depth in flavour, good acidity and lots of delicate freshness. Most Danes are however missing out on the best varieties, because their yields are too low and they go too fast in putrefaction. Fast like you should eat them almost instantly after they have been picked.

You can source these typical old varieties from local farms or grow them yourself and they are so incredible intense.

If turning to wine, we connect wines ability to age with something graceful and a positive aspect. For sure understandable, as it adds to the storytelling that wine is a living organism and will unfold secondary nuances, revealing (sometimes) the true identity and scope of a wine.

However some wines are also adorable when young and can at times be even better. Overall it’s very difficult to find a generalizing thumb rule for what people like the most. The compromise would probably be that wines ability to age is associated with greatness – but it will be a more individualistic perception preferring wine young or old.

However – wines that can’t age and even will disintegrate soon after you have pulled the cork would be something we look upon as bizarre and not great wine – regardless how it actually tasted. We would even mark most of these wines as flawed because they would flirt with an oxidized profile.

Have you ever asked yourself who has defined those standards? Are wine – or any kind of other passion/hobby not truly more fascinating when you can relate fully to it?  Are we not seeking to understand how our own assessments align with all the experience we have obtained? How can we have such strong passionate opinions about something we have not fully discovered? Aren’t experts – or nerds expected to go an extra mile and be even more detailed and curious?

I have to say that I am somewhat puzzled – especially when turning to my local backyard, how confident the Danish wine journalists are when defining what is right and wrong. I believe strongly in scepticism when it comes to wine – but not when the norms are already pre-defined.

Learning new things, taken a new stand should be logic wisdom as we expand our knowledge and experiences. The result is changing your opinion. Saying out loud; “I was wrong”. This is no way near ok, when it comes to wine, because the fine stiff-necked wine culture establishment believes in nothing but their own standards. No one can teach them anything new.

You can probably guess that the wine in the spotlight is not your everyday bonanza wine. It’s once again a wine from Jean-Yves Péron. Opening a wine from him is always associated with a degree of dipping ones toes into the unknown.  I can’t hide that this kind of excitement factor is something I really appreciate. Curious and restless  - yep, that’s probably me. But it also comes down to being naked, having no pre-defined rules, for what’s fine wine and why can’t wine taste like this?

I have tasted it two times, but the post-preparations were a little different. First time – from having been stored horizontal in the wine cabinet for about 3 weeks and standing upright in the fridge for a day. Second time it was upright for a week in the fridge.

So why is this important?

The wine has some degree of sediment, which accelerates the oxidized character, when in contact with the juice. If you let it stand up for a week it feels slimmer and less crazy. I liked both experiences, but I think if you have it upright for a week you have a more balanced expression and a more clear wine in the glass.
Make no mistake that despite maybe not being crazy; it will probably raise an eyebrow or two.

First of all the Roussane can attract a lot of exotic fruity notes, which is also the case here. It starts almost like a dessert wine, with really overripe fat peaches, mango, apricot and some degree of sherry resemblance oxidation.  There is also a deeper and darker baseline, which has a slightly herbal touch to it. The taste is however no way sweet, but quite demanding, intense – but at the same time bone dry with a really long finish.

That as close as I can describe it – forgive me, but this tasting doesn’t really give justice to how it really tasted. I can’t give you any other advice of trying it yourself. It will not be for everyone and you have about 4 hours before it dies out.  But those 4 hours are worth it all.