What else in January and February 2010 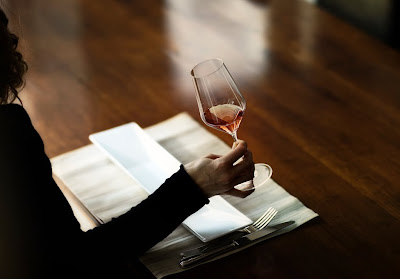 The two first months of 2010 has been a nightmare, when it comes to having the sufficient time to write about my wine experiences. Unfortunately I do also have a 08:00 – 17:00 day job and the financial markets have behaved like mad (once again) in the beginning of the year – who said Greece?

I try to offer you all my Champagne experiences, but this has also been impossible during the start of 2010 (yes yes…enough weeping for now)

It also means that I haven’t had time to take any images either, but I have added some atmosphere images – hope you like them.

Here is what I have tasted (Champagne)

The NV (2006) “Inflorescence” from Cédric Bouchard was the perfect appetizing drink, providing vivid freshness, sublime purity and a profound drinking pleasure. My guests immediately start asking where to get this stuff. Once again my impressing of this wine is similar to my previous experience, where pear/peach/apples and red currant are the dominant notes. My six-pack of this wine is soon gone – impossible to resist right now.

On a Thursday, a cloud of depression came over me, as I realized that I would miss my Friday Champagne, as I had to attend a weekend seminar with my employer. Fortunately there are cures for such diseases – and 5 minutes later I had a glass of Champagne in my hand - one of my absolutely favourites for everyday drinking; the NV Emmanuel Brochet "Le Mont Benoìt". Again offering juicy notes of Granny Smith apples, “bio dreams”, oak perfumes (mainly vanilla) and lemon peel. Completely bone dry on the finish with a pretty high acidity. When arriving home on following Sunday, I still had half of this bottles left and would you believe it?... – it was still alive and still possessing bubbles. Of course a different Champagne now and better on day one, but for sure drinkable on day 3.

I had promised you a note on the NV (2006) Ulysse Collin BdN – which I in fact have tasted. However there was a small problem. I brought the bottle to a small get-together with some friends at the newly opened restaurant Melee. However when I handed over the bottle it was freezing cold and just a few minutes later the sommelier poured it into our glasses. Impossible to judge at such low temperature and it was certainly not good. The alcohol felt dominant and it reminded me of a condrieu. It was also extremely tight and no way near what I recall in Champagne, when I tasted it with Olivier Collin in April-2009. Sure with air, some nutty flavours came forward, but never did it impress me. I had hoped to re-taste it later in January, but haven’t found the right occasion.

Also had the 1998 Vilmart Couer de Cuvée – which was a very odd bottle. I believe it was an off bottle.

I travelled to Stockholm in late February, to meet up with new and olds friends. The new friend(s) was likewise thirsty as me and at the very cosy wine cellar “Grappe” we shared some very nice bottles of Champagne. I didn’t take notes, but here is what I recall: 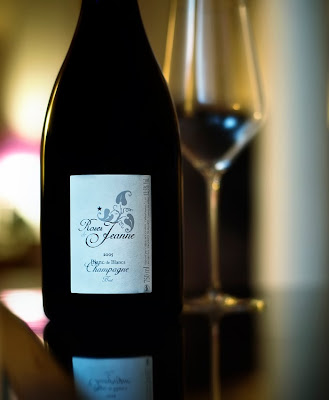 Once again completely unique. Maybe not as sharp as the bottle I had at home, but very close. I simply loved it, although around the table one of the tasters showed concern of it’s very different profile and it’s for sure not a Champagne for everyone. But if you don’t like it – sell it to me ;-)

As with La Bolorée it’s Champagne without no fuss whatsoever. It’s crystal clear in profile, amazing sleek and energetic. The nose is filled with lime, mint, flowers and peach scents. It’s violent young, but still a bit rounder on the palate compared to the 2004, which I found a bit more precise. Constantly evolving in the glass. I will taste it again in near future.

Didn’t care much for this at the beginning, as it seemed to be over the hill. But it gains strength and opens up during the evening, presenting an evolved nose of coffee, mushrooms flavours and with fairly good complexity. However it falls a bit short of the palate, where it lacks structure and concentration. Overall it was still a nice glass of Champagne.

It’s funny because I don’t drink or own that much Billecart-Salom – and I am slowly beginning to realize it’s a big mistake. This bottle simply blew my mind. It’s so razor sharp with apple and flower scents, which has an uncompromising energy. It’s scope and layers, are both spectacular concentrated - yet I am reminded how refined and elegant a Champagne producer Billecart-Salmon are. This is one of those Champagnes that make you realize than the when the 1996 vintage presents itself like this, it’s like no other vintage I have tasted.

Not my cup of tea. My fellow tasters however loved it. When a Champagne get’s so toasted like this, I for once, see the Dom Perignon monster (I also guessed DP) and it’s overpowering all other flavours. On top of that it’s a purity killer in my book. However my fellow tasters talked a lot about this Champagne suitable for a hedonist drinking experience – sort of the last Champagne of the night, sitting in front of the fire place and I can easily see where they are going with it. I would always salute the concept of a wine to each moment in order to preserve the diversity. So even if I didn’t like it, this night, I will promise to report if I have in front of a fireplace with a naked woman (my wife of course).

I haven’t been that fortunate with old Champagne and this is not exactly perfect either. But the nose still had a lot of allure and it’s fascinating what aromas old Champagne can deliver. First of all the colour was close to our 2004 Vilmart Rosé – almost red. The nose is very sweet, but still rather fresh with all sort of wild stuff going on. However it falls short on the palate, as the fruit has died out. Still great fun to taste.

PS: While in Stockholm I had lunch at F12 and dinner @ Matbaren – the latter is highly recommendable. 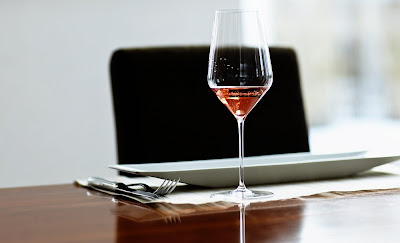 Once again opened a 2004 Giusto di Notri (60% Cabernet Sauvignon, 20% Merlot, 15% Cabernet Franc and 5% Petit Verdot) from Tua Rita. It’s a pleaser wine, with blackberries, blackcurrant and a warm-blooded soul, which my guest and I enjoyed with great pleasure. For some reason, Italian red always seems to be the perfect type of reds I can serve my guest – they provide a lot of true natural warmth and flavours which is easy to understand. Should I say anything critical, I would repeat that it still have way too much use of new oak.

On the same night I had one of my last bottles of the 2001 Montevetrano (you can see a detailed TN here). I loved it (again), but my guest liked the Giusto di Notri much better – oh well, more Montevetrano for me.

When I visited Luigi Pira in Piemonte in late 2007 in bough the 1999 Marenca, which has never disappointed me. On a day in January I had it again and yes it’s great – starting to show deeper evolved notes of overripe cherries, forest and mushrooms flavours, but still preserving those dried elements of a great Barolo. However, I have to say the level of alcohol is teasing me and taking away some drinking pleasure...yes yes I am turning in to a saved puritan Champagne-soul.

2001 Paleo from Le Macchiole (100% Cabernet Franc) was also on the menu in January. From an objective view the wine is seriously impressive. Holding incredible vivid level of sweet fruit aromas, with blackberry and vanilla. However – I can’t say that I dislike ripe fruit, but in this case it seems almost untamed and from a subjective point of wine I was happy, but not ecstatic about it. Fortunately it also possessed the classic Le Macchiole Tuscan herbs scents and I see big cellar potential for it.

Even if German Riesling is some of my favourite summer siblings, I do try some also at winter. It’s not always a success.

I opened the 2003 Heymann-Löwenstein “Röttgen”, which was so so. I am still overly impressed with this producer, which delivers a very authentic and energetic feeling. However the 2003 vintage causes it to fall a little bit out of balance, as the fruit core looses grip and it had a bit too much burned honey notes on both nose and palate.

Another German Riesling was the 2005 Morstein GG from Wittmann, which I had over 2 days. It’s a healthy and high quality wine, but it’s not doing much to me. On day one it has a bit of fennel notes, gooseberries, lemon peel and apple/pear notes, but I think it’s missing some magic. Day 2 it becomes subtler and the nose is better, but again – it’s too average for my taste. Maybe….it was not the right tactic to open it during a day with snow and minus 10 degrees outside.

I think that was it.

Reading your notes about 05 Wittmann "Morstein" GG makes me think that it is time that you come to Berlin and to bring you back on the track.

Signe loved it btw - I thought it was rather boring ;-).

Yes, Riesling is great....I have actually just bought a few bottles of the 2007 Heymann-Löwenstein "Uhlen Rothlay".

Good choice! I had 07 "Roth-Lay" a few weeks ago. Very serious stuff, but need some time.

Nice to meet you in Stockholm. of course you are wrong about the Henriot Enchanteleur 1989 but it was still a plesure to meet you.

Next time in Stockholm, we will find something else that you like.

I really had a great time. I will for sure come again.

Good to hear Matbaren is worth it. So you didn't get to visit Mistral? (-:

Will be interesting to see if they get a star in the new 2010 guide.

No Mistral….had a tight schedule. Maybe next time.

Yes really looking forward to see the new guide, also the Danish ratings. I visited Noma on Friday, it was….xxxxxxxx – you will have to wait to hear what I think…hehe ;-).