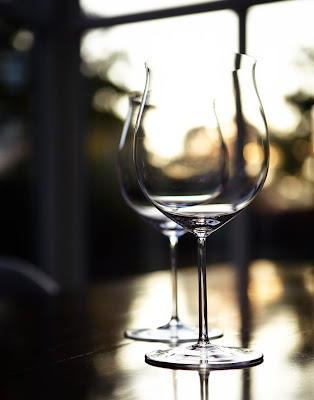 Whatever level, interest or angle you might have towards wine, you will face (or probably have already) the inevitable task of having to judge. Wine is a liquid which is subject to our opinions, as it's not only valid to express our thoughts on taste in general, but learning from other tasters and developing your own palate, is something we can all benefit from.

So what else is new, you may ask? Nothing really - but is it that simple? See, swirl, sniff, sip and savour - make your conclusions and just buy the wines you like and can afford - how hard can it be?

I was in Berlin a couple of weeks ago, tasting a lot of dry German Rieslings (more on that later) and during the warm-up night we touched upon some emotional aspects on being a wine drinker. Maybe not much new was said, but it was a nice reminder for me - as my own purchases of wine are under the influence of many variables. I realized that I was not alone.

Drinking wine as a whole human being I would call it. It already sounds like a tacky cliché line from a B-Hollywood movie - but think of it, just for a moment and I explain what I mean by that.

The passion about wine couldn't be the same if wine was something, which was generated from plastic fantastic materials in a laboratory. We are fascinated by the fact that grapes grown in nature can be transformed into a fermented juice, which has the ability to move our senses. This also means that someone had to nurse the grapes and their vineyards in order for it become a great drink. People!! - The most important thing in winemaking. Wine producers we can visit - learn their philosophies - see their passion in order to understanding their wines better. Suddenly the liquid is turned into a footprint and something with a personality. The challenge has begun.

Travelling to wine regions, also means visiting new and old cultures - understanding how food, wine and terroir make their match together is not only a here and now thing, but also a historical insight, which enhances the understanding of the wines. So another layer has been added. 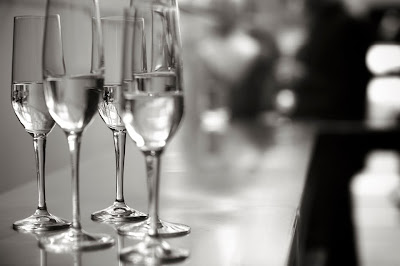 The craftsmanship of mankind already has the ability to get our wallets rolling and it doesn't really matter if it's a handmade watch, car, shoe, handbag or the most sought after diamond necklace. We are willing to pay for the storytelling and artisan sells. But the product is one thing - which, when it comes to wine, always will be exposed to some sort of QPR (quality price ratio). We then adjust it a bit, as supply/demand; can be a factor, which has the ability to stretch our financial limits. So we are ready to buy - or? The other angels are the impression you find, when you are out there in wine country. A shut door perhaps? Not V.I.P enough to get in or maybe not just a good visit – something went wrong? I remember a wine festival here in Copenhagen. We went over to a producer, which is known to be controversial. First thing he said was "Now you have tasted the other ones crap wines - now you taste the real thing". Have he said it with a twinkle it would have been innocent, but he didn't and I didn't pay attention to what he said nor his wines as we tasted through his range. Saying that I will never buy wine from this producer may sound a bit sissy - and I might miss out on some great wines. Here wine is different. The purchase of a bottle of wine is still solely relying on taste and nothing else - or is it? Wine is somewhat one dimensional in this category. Something we can analyse - spit out with points and conclusion.

No one wants to hear that we think this producer is great, because he is the nicest persons on the planet and takes care of nature, as he or she is a certified biodynamic winegrower. We also don't want to hear if you don't want to buy this wine, because you think the producer is way too commercialised and you only buy wines which are produced by "real people" and not a "factory". Such an opinion will be almost political. Generally speaking, we want to know how the wines taste - spare us the emotional fluffy things and to hell with things like use of "chemicals" - as we can't taste their presence anyway. But Still - on other levels of our society, we take a stance and don't look down on let’s saying; vegetarians or companies who make sure that their products are obtained in an ethical manner. In fact our modern world is filled with increasing moral standards and this generation is more puritan than ever before.

Or is, what I have just described above, the case?

Why come, wine should be any different? How come, if you express your opinion on subjects related to wine, but not solely to their taste, you will be seen as the most saved man on the planet? Even worse - you will be seen as someone on a mission to manipulate and mislead.

Buying wine may sound complicated after reading this - it's not, it's a choice like everything else, in my humble opinion.

Email ThisBlogThis!Share to TwitterShare to FacebookShare to Pinterest
Etiketter: Behind the Scene

I do sincerely believe that all of the aspect you have mentioned are taken into consideration when purchasing not only wine but practically every thing. However, most of the aspects are multiplied due to the emotional connection wine lovers have to the product. I have never heard anyone asking the question whether the toilet paper you purchase was produced in a biological manner. However, there has been a trend towards more ethical and sustainable production of pretty much every good (even more so in the food& beverage sector).

Great post Thomas! Just one thing which for me is always the first question when purchasing wine: where and with whom will it be consumed. In my opinion the type of wines for which all the aspects mentioned above really get value the moment I drink a glass with someone I can share this type of conversation with!

'...to hell with things like use of "chemicals" - as we can't taste their presence anyway.'
Be sure that you can taste the use of chemicals in most cases. But. To do that you'll need the experience of tasting wines made both with and without use of chemicals (unfortunately most people never tastes the natural wines, so they wouldn't know) and the will to actually distinguish (and a lot of people is preoccupied with certain beliefs long before they start tasting).
MR

There is no objectivity in buying wine. you always buy within, if you will, your terroir. The nice thing is that this terroir is expandable.

Thys – Of course I use biodynamic toilet paper ;-).

But you are spot on; when you describe the way one should share the right type of wine with the people who would appreciate them. The conversation and little get-together I was referring to in Berlin, was exactly such a forum to share you beliefs and thought about wine….and most importantly bring a wine which you had look forward to share (my wine was 2006 Cédric Bouchard “Haut Lamblee”).

I am glad you think of it this way. You are a far more experienced taster within this field than I am. I have always wanted to buy more natural wines, but never knew where to get them. I know now.

This post raises a lot of questions. It’s more meant – and especially the quote you are referring to – like one of the many observations I notice. I DO find it hard to discuss some of these softer values – not with all, but some of those I taste wines with, have a far more hard-core way of analyzing a wine. Often this discussion goes into a camp which believes in biodynamic wine growing and those who think it’s a gimmick. It turns the opinions into an almost religious stage and seldom anything good comes out of this.

There are many reasons to love wine. While contributing to our health and happiness, wine connects us to the past and enhances the enjoyment of our meals as well.

Nice to hear from down under and well said.