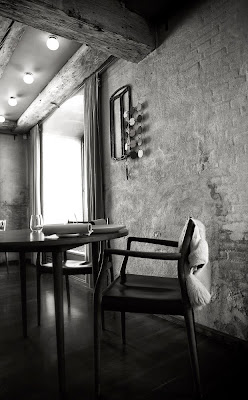 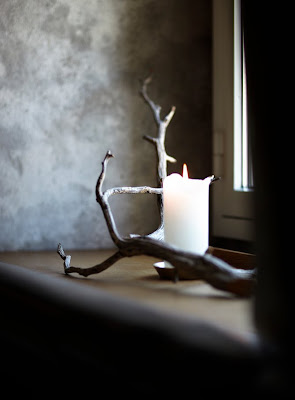 I wish I could have presented you with photos of Noma fine cuisine – however it’s not possible for me to take images during a business dinner. Trines Very Good Food has some brilliant images of the food – otherwise go to the website. All the images here, are shot just before lunch service on a beautiful spring day in April.

Almost exactly a year ago I wrote my first ever concerned review about restaurant Noma. Since then I have given it a lot of thought - if it was just a bump on the road or was it maybe just me, not understanding that type of food anymore?? A visit to Noma is a full blown sense bombardment, but it's also storytelling and last time I seemed lost in understanding the story.

Noma is Nordic food. So dogmatic rules has been engaged since the opening and only Nordic ingredients are allowed. When Noma started, everyone thought such a concept was insane and a limitation, but as Noma gradually opened the treasure chest of the Nordic food landscape, gained knowledge - it turned out to be a gift. Noma slowly claimed one success after another and is currently considered No.3 Restaurant in the world, by the Restaurant Magazine (50 best). 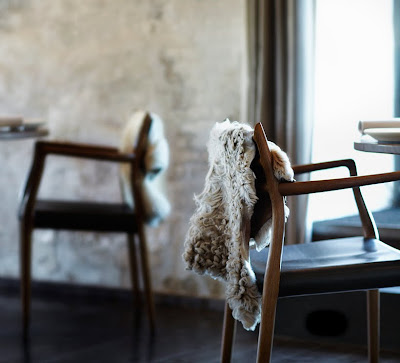 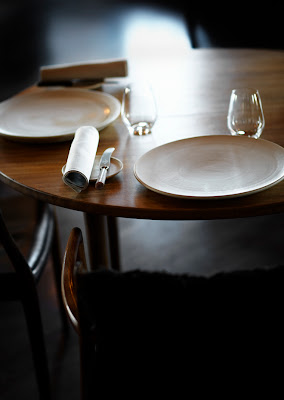 I have always admired Noma courage by embracing such a risky concept. Nordic and Denmark may sound as the easiest plan in the world, but as you can read in the Noma cookbook, Noma was facing financial disaster shortly after the opening, as the supply lines of the Nordic kitchen was not something that was just out there. It's easier to buy asparagus from Thailand than buying a pristine scallop from Norway. So everything was small steps on unfamiliar territory and a journey in understanding what the Nordic seasons has to offer and how they can be turned into a successful plate of food.

Chef René Redzepi has been there from the start and it seem like Noma is he brainchild where he has been able to, not only define the restaurants profile, but also be the leading voice of Nordic cuisine. Noma has been, and I believe still are, a strong inspirational source for many of the restaurants here in Denmark and around the world.

....On the 12th of March I sat down again, with some clients from Paris - almost tense about getting on with the dinner. First thing which caught my attention, was the calmed and personal service. Now, the last visit I noticed too many waiters and too many chef's presenting our food and then rushing away to the next table or back to the kitchen. This time it was calm, personal and even our guest from Paris noticed this informal service, which simply makes you feel welcome. For me it's vital that you immediately feel welcome and simply just relax. It's something which is natural for Noma as the atmosphere of the rustic room almost invites you in. I also have to make kudos to waiter/sommelier; Ulf, who served our table and handled the wine as it where small treasures. So far - so good.

But the best was yet to come. 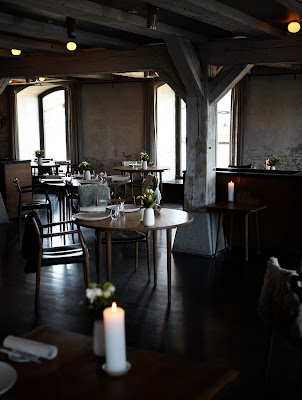 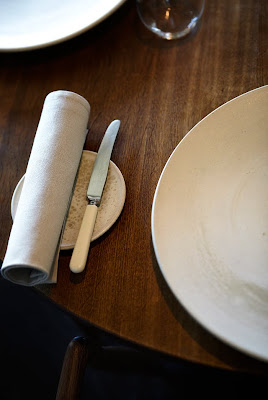 We started with the appetizers. Maybe because it's been a while since I have been to Noma without my wife, I haven't noticed you now are sharing the appetizers. It's a good thing, it makes you talk about the food and pay attention, as you sometimes can get lost in conversation and sipping Champagne. All appetizers were tasty and well composed in their serving order and tickle the taste buds as appetizers should do. But also here my guest and I got the first laughs of picking up and eating food with our fingers and also being presented with wicked and creative presentations.

The dinner blew my mind. I would go as far as calling it artistic. Food which you have no idea how to create yourself and which are so exquisite and seamless combined, that you actually feels like you are witnessing something truly special. I was actually proud to be sort of a Danish Ambassador to my foreign guest. They had never tried anything like it.

I can't go into all the details about the food as I tried to relax as much as possible.

But here are some highlights.

The langoustine dish was out of this world good - Goosebumps all over me and it didn't make it any worse that we had the 1996 Jacques Selosse with that dish. The Champagne is still young, but slowly starting to show some glow of walnuts and quince. However the acidity snaps everything together and makes the focus unique and razor sharp. What a Champagne.

The pike dish was also brilliant - incredible flavours mixed together. Also remember the first dish, with variations of beetroot. Incredible, how such a dish is composed in rich flavours and yet so subtle at the same time. This is in general a red line for Noma and to me their strongest card. 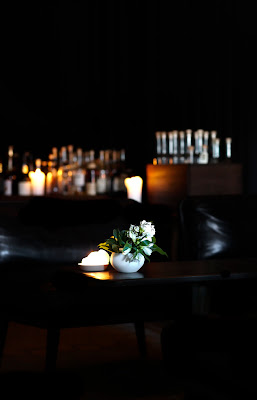 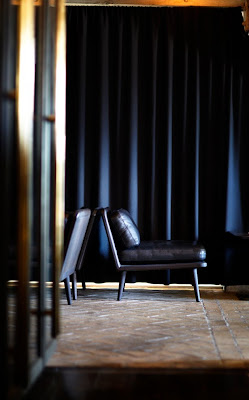 The dish, which I hated the most, last time I visited Noma was pickled vegetables and bone marrow, herbs and bouillon. This dish was also served this night, but it had been altered slightly. The difference was the bouillon. Last time it was poured as a soup over the vegetables and taking complete control and ruining the dish, as the soup was so fat and sweet. This time it was sprinkle more gently and magic appeared. The bouillon holding a lot of sweet components and when touching the vegetables, their flavours exploded. On top of the dish (think it was also altered from last time), there was some herbs with an acidic touch (maybe it was wood sorrel). Magic - pure magic. 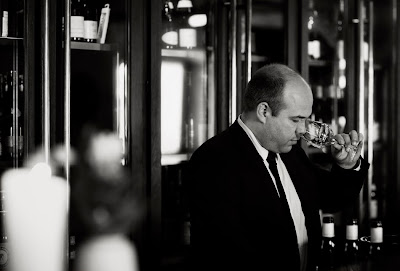 Ahhh...wine...I studied the wine list before we arrived (but of course) and I had an idea that we could do the wine menu and use a few stand-ins' - like the previously mentioned, 1996 Selosse Vintage. The other wine I had set my eyes on was the 2001 Comte de Vogue Chambolle Musigny "les Amoureuses". It was a beautiful wine, not as ballerina light and perfumed "red" like other Amoureuses, but with more rough intensity and devilish bite. Even if a bit rustic and young, it was killer nice and matched the food perfectly.

Planning is one thing - spontaneously joy is another thing - so we actually got a little thirstier. I saw the extremely rare 2004 Cedric Bouchard "Rosé de Saigness Creux D'Enfer" on the wine list and simply could resist. It didn't match the food though, but it still offered a unique rosé charm, with its sleek, spicy and bone dry style.

While I washed my hands at the men's room, I realized upon return to the table, that my guest thought we needed a new bottle of Champagne. Oh well - this late only Substance from Selosse (deg. 10/07) could work, so we went for it. Great stuff, even if it's not my favourite Champagne, it provided so much full throttle and hedonist pleasure and it was the perfect way to end this evening.

Well Noma - I think we can safely conclude that I was a very pleased costumer when I left the restaurant.

Have you been jailed!!!

I am soo curious about the judgement of a real NOMA expert.......

It was amazing and Noma is just exceptional ...

It was an amazing evening - thank you so much.

Congrats, the photo from Pontus is one of the best ever made!!!

I have just returned from Champagne - so I will have some Champagne reports coming up.

I've been waiting for this. 1) For you to post it and 2) to find time for myself where I could fully endeavor it in piece and quiet. You see, I was nervous. How did Thomas feel about his noma visit this time?

You completely captivated me with this write-up, I was there at with you (well almost;). Excellent, excellent report!

And your photos are absolutely stunning. Your "training" clearly shows. Love the way you use the light and the focus/out of focus.

And thanks.
Best
Trine

Thank you so much, Trine – you are too kind.

Besides this terrific dinner – the photo session afterwards was magic. Just to stroll around, shooting the room and absorbing the atmosphere – I was in heaven… ;-).

Thank you once again – it means a lot to me.

Congratulations to Noma and René on the world finest award the other day!

Hope to see you soon.