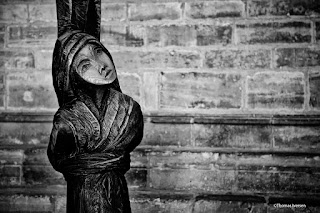 (A wooden statue inside the Cathedral) 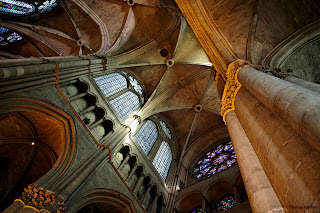 Since 2011 Terres et vins de Champagne have sent out personal invitations to some of their closest friends and contacts to participate in a dinner one day before the actual event. I am proud to be a part of that group, feel more than welcome and it feels like one big family.

This year’s event started with a two hour guided tour (in French of course – so don’t ask me for a summary) in Reims historical Cathedral and it’s museum. To prevent the guest from thirsting, there were a short stop on the tour, where Vincent Laval served his “Rosé Cumiéres Brut Nature” from Magnum. It’s the best example I have tasted of this rosé and it has a wonderful rhubarb and verbena combination to it. 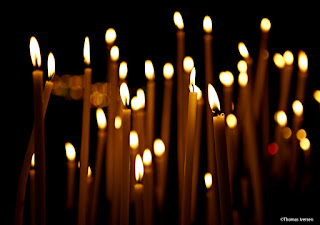 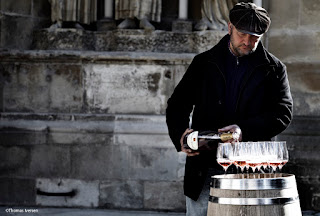 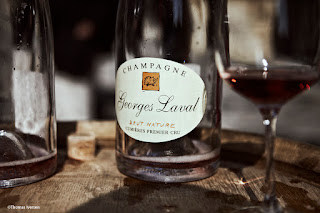 After the guided our we ended in the museum where restaurant A. Lallement had prepared a cascade of small tasty appetizers, with the companionship of all the producers’ wines.

Since the first Terres et vins de Champagne they have handed out the “Terres et vins Prize” and I am proud to say that this year it was given out to Mia & Mads Rudolf from Denmark, who run the Champagne/Bio/Natural wine import company; Pètillant. Besides being close friends of mine – and where I source most of my wines - they are the author couple behind the book “Champagnebibelen” (The Champagne bible). A must for all Champagne lovers – (despite currently only released in Danish).

I couldn’t help to reflect, while I sat in the impressive Cathedral, why these so humble and casual growers had chosen such a pompous setting? In 2011 they marked the event by “Revolt” and claiming their terroir back – a reference to the Champagne revolution in 1911. Maybe they want to remind us, that the big houses don’t own the right to claim monopoly on historical reference. Growers are a vital part of the history in Champagne and these innovative winemakers, are so much more than a short en vogue thing.

Champagne wise this pre-event is to me not a night where you pick up your notebook and write endless long tasting notes. You say hello to the growers, see how they are doing and put pleasure in the front seat. Having said that – you are allowed too geek just a little bit. 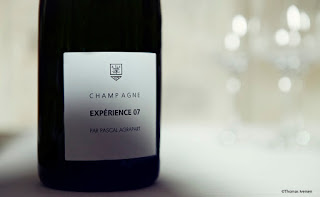 Again – let me stress, that “best” is not easy here and even not that important. These growers have all something to offer and diversity is the key word.

I kicked off with some 2009 Marie-Courtin her sans soufre “Concordance”, which I had the pleasure of having tasted 4 times before – and even the week before, when Dominique Moreau visited Copenhagen. I am eagerly impressed with this cuvée, as it’s so free and elastic with even more potential to come with a couple of years of cellaring.

At the same table I tried some of Alexandre Chartogne single Pinot Noir vineyard cuvée Orizeauex, which was present in 2007 vintage. This Champagne, together with the rest of the single vineyard releases, is really interesting and filled with so much life and energy. But there is an issue with the dosage for me. Something I will come back to, when I have finished my report on the primary event.

I was quite enthusiastic to see Pascal Agrapart had brought his 2007 “Expérience” – a Champagne I was fascinated by the one time I was lucky to taste it. Here it was again and it was singing like an angel. This cuvée are a plot combination of L'Avizoise and Minéral, but the real mojo about this cuvée is that it’s made without any chaptalization and only natural yeast in first and second fermentation. This is officially not allowed, but Pascal used 5-6 years to get it right and has convinced INAO that he can do it. It’s seriously one of the best Champagnes I have ever tasted. Such a vinous breed, so precise, refined and delicate. It has a certain reductive tonality, which normally can restrict proper unfolding, but when it’s fuelled by an overload of chalkiness, I am not really feeling any remorse. Magic. 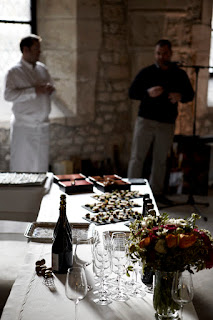 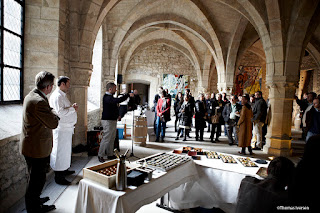 Benoît Lahaye served something really funky. A Champagne I have read about before, but never tasted; the 2009 Brut Nature “Jardin de la Grosse Pierre”.  How I understand it it’s a old plot giving birth to this wine and it hold most of the 7 allowed grapes plus “some other stuff”. I am not even sure Benoît knows all of the grapes in this Champagne – how wicked is that? Anyway the Champagne is really something else and has a spice window like nothing I have ever tasted from Champagne. Be sure I will taste it again, when it’s officially released later this year.

I also had the chance to taste Aurélien Laherte very limited (296 bottles) Coteau Champanois “La Troisième Vie” made form 100% Pinot Meunier. It was very Burgundy driven with lovely red touch of raspberries and vanilla, but maybe a too bold and square in its definition. For Aurélien its more a curious experiment and he will keep trying different approaches and he is not completely satisfied yet – “especially the vinification could be better”, he says with a smile.

Another still red wine present were the 2000 “Rosé des Riceys” from Oliviver Horiot. It’s much more fragile breed, compared with the one from Aurélien Laherte. Obviously with some age to it, where the red notes have dried out, shaping notes of autumn leaves and forest floor. 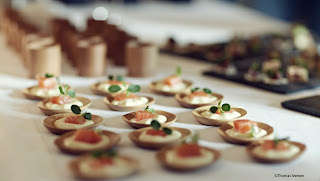 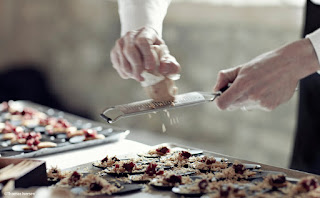 Last and not least; Pascal Doquet had brought his “Vertus” in 1996 vintage. It was a brilliant Champagne, bring forward overripe apple juice with the spicy soil elements of Vertus. In addition it delivered a vibrant and firm acidity.

My evening continued with some friends to L'Epicerie Au Bon Manger, where we had things like Apôtre ’06 and ’06 Les Chênes, but that’s a different story.