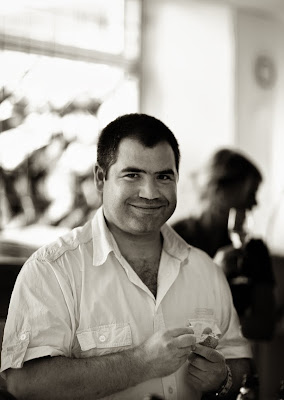 This Saturday I attended a Champagne tasting @ Skaal, where Champagne producer Tarlant was introduced. To present the house was Benoît Tarlant, which is the current winemaker and represents the newest generation of Tarlant. Benoît is constantly curious to make better wines and re-think the way there has been made wine on the 14ha of Land in the Tarlant belongings since 1687. His debut wine was the 1999 Vignes d’or – a wine made from 50-year old Pinot Meunier vines (more on that later) and the Tarlant family even has the rarity of ungrafted vines which has resulted in the release of Vignes d’Antan – which we also tasted this day. To spice up the excitement factor – there is even a bomb from World War II located in the vineyards.

The tasting was divided in two parts, where we taste concentrated during the first part and flocked like predators during the second half, as all the remaining drops was put back on the table with bread, ham and cheese.

Like always I would like to stress out, that I am not in favour of concluding from these types of tastings as you only get 1-2 glasses and jump back and forth between vintages, terroir, and grape varieties. You focus a lot on details and pay more attention to errors, where I normally focus on overall drinking pleasure, when I have a date with the entire bottle. These notes will always come out a bit more harsh and less nuanced - so please take them as small snapshots / observations. 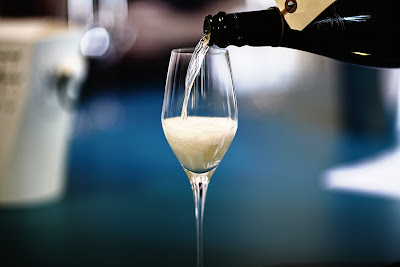 NV Brut Zero, Tarlant / This wine represents 75% of the total production of the house. The wine in hand is mainly based on 2005 (55%) and the rest is reserve wine from ’02, ’03 and 2004 vintage. It’s a blend of all 3 grapes (1/3 each) and is the title points out – it’s without dosage, which you don’t even notice. The Champagne in hand is easy going with its simple, but refreshing and juicy taste of mainly apples and spices. Like someone in the audience said: “a great aperitif”.

NV Rosé Zero, Tarlant / A rosé mainly based on Chardonnay and in the easy understandable category, where strawberry and apricot are the primary notes. You get really great rosé warmth here and there is a perfect sweet biscuit note, which takes up the juicy factor. Again – you don’t even think about it as being a non-dosage Champagne. A small remark – this might not be “serious” long lasting Saignée stuff, but you have to applaud it for it’s remarkable and delightful drinking pleasure. In it’s category of fruity and delicate, it ranks among one of the best Grower NV Rosé Champagnes I have tasted so far.

NV Efflorescence, Marie courtin / One hell of good wine, which I haven't tried before (big mistake). Tickly fresh, bio driven stuff (me like), peach, apples and this utterly adorable juicy taste. Pinot Noir stuff, based mainly on 2005 and once again a Non-dosage. 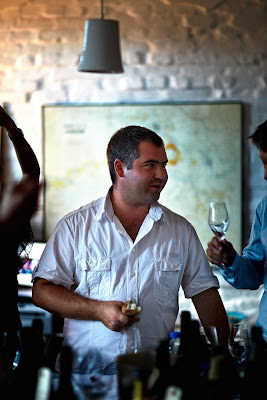 (2006) Papilles Insolites, Jacques Lassaigne / Rather spicy, almost smoked and with fragments of mild liquorices. Some of the peppery style could very well be the minerals warming up the fruit core, but I have to say that I found some overall disharmony present. With air it gained a fraction more sweetness, which could have been the balance factor. Unfortunately I didn't get to re-taste this afterwards

2006 Les Ursules, Roses de Jeanne (Cédric Bouchard) / This Champagne has so much class to offer and once again I have the feeling of drinking something that is cut with laser precision and this divine sleekness. Horrible young at this stage - with black cherry and minerals, giving character and warmth.

2006 Les Beguines, La Closerie (Jérôme Prévost) / Last time I tasted this Champagne I found it rather closed. This bottle however, was rather open. Slightly oxidation starting to appear and a lot of nutty aromas - almost burned almonds and a really deep and smooth fruit core. It still has these darker patterns of spices, and overall it's a serious deliciousness Champagne, which offers mysteriousness and concentration. 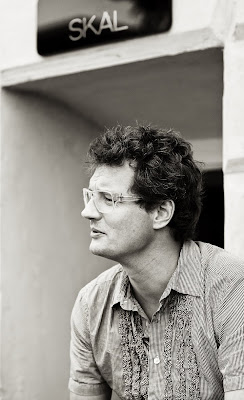 2004 Vignes d'Autrefois VV Meunier, Laherte et Fréres / Very perfumed on the nose, with aromas of lemon and lavender and I found it a bit out of balance. The taste is surprisingly different and in my opinion better, but a bit too smooth with lack of the final edge. I should be noted, that it improved in the glass and I didn't get to re-taste it later. Secondly, this was the first Champagne of the evening with dosage.

Blind/ Oxidized style, has some age to it, deep, rather complex, terrific sweetness, apples and really complex. That was my notes - and the wine in hand; 2003 Dis Vin Secret from Françoise Bedel. Really nice for a 2003.

NV Cuvée Pierre Henri, Charpentier / Soft pleasing style with caramel, black fruits and overall a rather bold wine. I missed the salt of the egg here - balance factor of freshness which could take the wine away from being a bit too clumsy in my opinion. 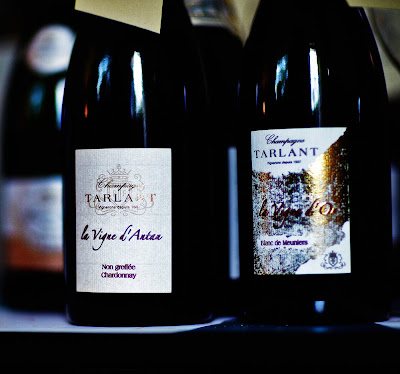 1999 Vignes d'Or, Tarlant / This Champagne has it all and it might be the finest and most complex Pinot Meunier I have ever tasted. Full throttle it jumps out of the glass - bashing on drums of black fruits and caramel - but yet beautiful balanced with citrus droppings on the back palate. It has an inner energy of a volcano and will most certainly provide breathtaking drinking pleasure in 10 years time from now - but who can resists it today? I can't.

2002 "Belimnita" Phillipe Gonet / I have to point out that the shift from highly concentrated, darker fruits composition; Vignes d'Or to chalky BdB *Belimnita (*relates to a special type of chalk) was rather difficult. Belimnita is made from old vines (1929) in Mesnil. It's a debut Champagne from the house and the production is a low as 1.400 bottles. It's a really good Champagne - typical for 2002 (based on my few observations), where the fruit core is very delightful, clear and juicy. It really has a lot of chalky notes, plus lemon zest, grape fruit - maybe not as refined and linear as one could hope for - but they are certainly there and it's clear this Champagne has good potential to age. A bit chewy on the final drops, where I would have hoped for a real acidity smack - but it might come with time. Overall - a solid good Champagne.

Blind / clear, refined, elegant, linear, and light on its toes with high acidity. This is what my paper says - and the wine in hand; 2001 (the horror year of Champagne) "Venus" from Agrapart. A great achievement in such a tough Vintage. Certainly not as lush and giving as 2002 vintage, but really refined and drinking well now. 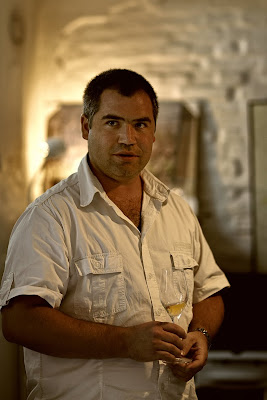 2000 Vignes d'Antan, Tarlant / I have tasted this Champagne before @ restaurant Les Crayéres in Champagne. It's very silky, subtle and rich Champagne, which is rather hard to describe. Holding back a bit on the nose, where you can almost sense the sandy soil and on the palate this rich and elastic feeling. A very unique Champagne, which has be to tasted. Benoìt told us, that the phylloxera can’t penetrate the sandy soil located here – but only 30 meters away it’s impossible to plant ungrafted vines.

1996 Tarlant. This wine is made by Benoìt father and is being released from the estate now. It’s a very rustic Champagne in my opinion – not only is it being infected with the typical ’96 high profiled acidity, but it’s all the way very firm with raw edges. It’s just starting to show some oxidation, but still in a rather early stage, where it not exactly pleasing you with a juicy appeal. High quality stuff, bir raw maybe, which in my opinions requires some food. 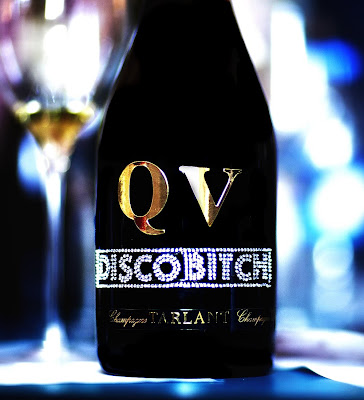 1998R&L Legras / The only Champagne in the line-up, which I didn’t really like. It’s impure, off in balance and boring

1998 Jacques Selosse / I have tasted this Champagne once before and really liked it, even if it’s not close to vintages like 1990 and 1996. This evening however, I found myself conflicting a little bit about it’s profile. It’s smooth and very giving Champagne, which fills the entire palate and demonstrates an utterly sensual and creamy type of Champagne. Typical for Selosse – it’s has this glowing style, where you feel like being coated with the most exotic and expensive eau de Parfume. But the Champagne is on the verge of falling off the charts in bold flavours and particular the sweetness – as it infects all components. At the end of the day – I would say that it stays balanced, but only for possessing so much fruit. However you could raise the question if this Champagne has seen too high dosage – or let me put it this way….The raw material seems not in need of dosage and I would have loved a bit more edge, or that one thing (lemon zesty maybe), which could have made some magic to appear. Don’t misunderstand me – this is indeed a nice Champagne, which I could easily take a tango with any day – it’s just not more than that.