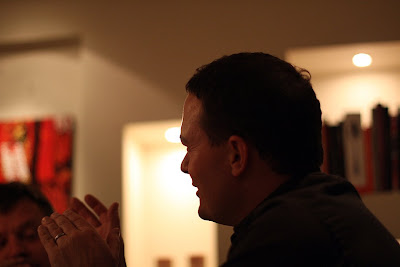 (All wines are from memory – I didn’t take any notes) As soon as I had set foot in Claus’ home a glass of Champagne was in my hand – the 1993 Vilmart Couer de Cuvée, from magnum. An electrical Champagne with supernatural powers, smoke, melted butter, flowers, sweet biscuits and anise – an incredible glass of Champagne, which is fully mature, but still has many years of life left. Champagne and magnum once again proved to be a magic combination.

The first flight was Riesling from Alsace – we all guessed it, as the glasses were oozing with petrol. The flight was also narrowed down to Trimbach as the style where classic and tight. The wines in hand were Cuvée Frederic Emilie 1990 and 2001. 1990 was bar far the better of the two and a very harmonic classic Riesling. The 2001 seemed to be in a sleeping phase – not an uncommon phenomenon with the wines from Trimbach, which have a long lifespan and frequently closes down. The food to this flight was phenomenal, mackerel with a high acidity oil on the plate. 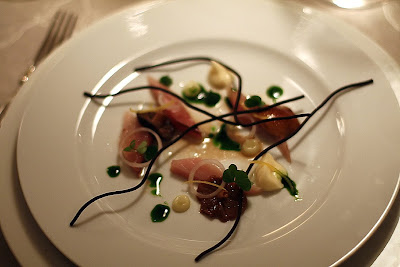 Next flight lured us to believe that we had two Pinot Gris in the glasses with notable change in color and both wines where oilier in style. However, as the wines warmed up in the glasses the acidity came forward, so some started to guess Riesling from Alsace again – which was the right answer. The two wines where both from 2001 and both from Zind Humbrecht – “Brand” and “Rangen”. Brand was my favorite and I have tasted this 2001 once before and it’s seriously one of the best Zind Humbrecht wines I have tasted. So well define and nowhere near to be over the top as I usually find many of his wines from this producer. Rangen was also good – but a bit more opulent in style. 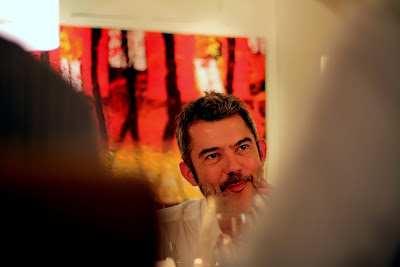 Then we moved into Red wine country.

This is one of the flights I will never forget, when it comes to food and wine combination. But let’s start with the wines first – which all where guessed to be Super Tuscan born – correct once again. 3 Solaia’s where in our glasses; 1997, 2001 and 2004. The 1997 was incredible sexy and the favorite among the panel – my personal darling where the 2001, which in my opinion offered better purity and acidity. The 2004 was still shy and no way near ready to drink. This flight was a reminder, that despite the commercial role of Antinori, Solaia is still one of Tuscany’s leading wines and it has so much class to offer. For me it’s by far a better wine compared Tignanello.
Food – monkfish, béarnaise sauce from a chiffon bottle and sweet onions with Solaia…disaster you would think, but NO – it was one of the most incredible matches I have ever had. The vinegar of the sauce went straight in and the tender and juicy fish matched the lush Solaia fruit – simply unbelievable. 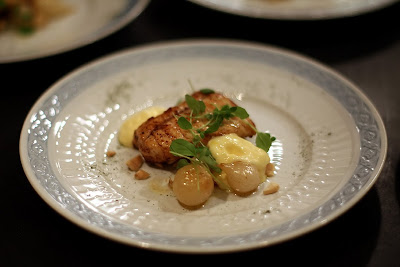 Next flight – well Claus plan to tease had failed so far, as we had been pretty good to guess the wines, but with the next flight, he won. Guesses was flying all around in the wrong directions, but once again 3 Solaia’s where served; 1988, 1985 and 1990. I have tasted the 1985 before and this bottle was not in perfect shape, same problem with the 1988 – but the 1990 was singing. Once again Solaia showed gracefulness and proved its status of a beautiful wine.

We then moved into Barolo madness and even if Claus’ here again tried to trick us, we did manage to stay on the path and guessed Piemonte over and over again. I can’t go into all of the wines, simply because I can’t remember them all. 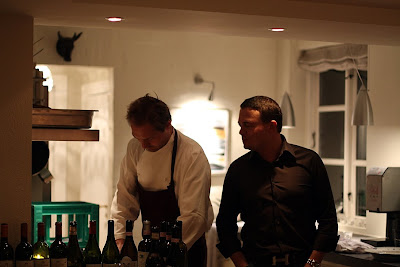 Clearly the 2004’s where way too young, but still some of them gave some hints. I especially liked the 2004 Cannibi Boschis from Sandrone, which is still incredible shy – but you already sense the style, which is extremely elegant. Its sister – Le Vigne was on the other hand a bit clumsy in comparison. The wines from Aldo Conterno where the easiest to pick out. They have a higher level of sweetness and for some, that sweetness was a killer, but for others a plus. I like the wines from Aldo Conterno a lot, even if I agree that they are less intellectual. If you like 2001 Cicala, you will like 2004 Romirasco which is an extremely charming wine, but more elegant than Cicala. 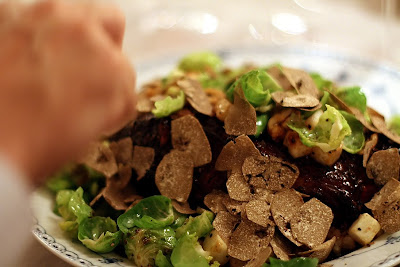 The 2001 Granbussia was also fantastic – it had been decanted probably and was really performing well.

2001 Cascina Francia had an incredible intensity and was also among my favorites. The 2001 Giacosa has a disturbing note of medicine, which I didn’t like, but the taste was good.
2001 Altare "Arborina" was a disappointment (see recent TN)

The 1996 flight had many fans. I found Granbussia far best. The opponents; Clerico and Scavino had way too much oak for my palate.

In between the Barolo madness – we had NV Selosse “V.O.” – think the disgorgement date was from 2006 – simply delicious and classic Selosse. Version Originale is certainly better if you give it 2-3 years of bottle age. 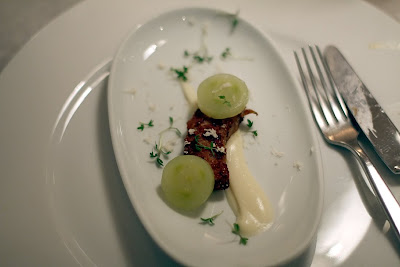 The last bottles of the evening was 1989 A. Conterno “Cicala” and 1989 Pegau -, but I have to admit, that my ability to drink and judge more was over.
I can’t even remember the dessert wine a 1995 Brand Riesling Vendage Tardive. 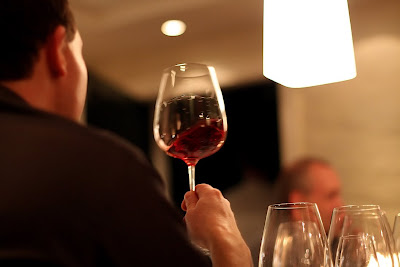 Anyway thank you for spoiling us rotten, my friend – it only took me 2 days to recover ;-)

P.S. What a huge amount of truffles for 1 dish

The truffle dish was a shared plate for 8 people, not for 1 person