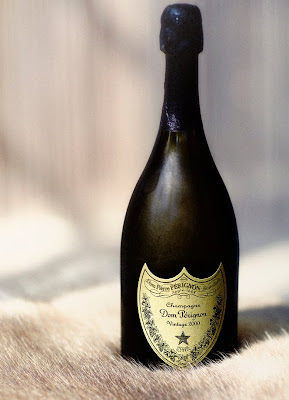 Pierre Pérignon and me aren’t particular good friends after some catastrophic dates with vintage 1999 and 1996. I simply don’t get the fuss about this product, which to me is more about branding than a great glass of Champagne. Sure – it’s the easiest statement you can come up with, when you like me, are biased towards small producers which are exploring the great terroir of the Champagne region. It would also be a bit crazy just to throw DP in the garbage can – when it’s a Champagne with an impressive track record and a Champagne which over several decades have moved many wine lowing hearts. But does it have what it takes to impress a nerd like me and not only be a status symbol and one of the world’s strongest brands?

I have been especially keen on finding out more about the notes I analyze as being sulphur in DP and in general I find it to be a very impure product. I found some interesting things from Peter Liem, where he interviewed Chef de Cave of Dom Pérignon; Richard Geoffroy. He speaks about “grey” and “brown” notes. Grey is a reductive note, such as “smoke, peat and coffee”, where Brown is an oxidized note, such as - raisin, spice and dried fruits. It’s important to remember, that Dom Pérignon are always made in a very reductive manner, which in this early stage can provoke grey notes. But Richard Geoffroy seeks to avoid “Brown” as the “Grey” will maintain better freshness as DP ages. For both that DP and the Dom Pérignon Rosé it’s essential that the product will age well. This information is worth having and I can accept that some wines have phases and early stages where their profile are shield or not exactly friendly. But to me, all great wines do have to shine or give a hint of their greatness at some stage, even if you have to analyze them a bit more thoroughly.

Served rather chilled – directly from the fridge.

I already had my sulphur gasmask ready, when I poured my first glass. But no – luckily sulphur was actually not something I thought about. In fact it had a rather appealing flowery tone, with delicate lime zest. So far, so god – but trouble was ahead. As it rises in temperature – above 10-11 depress it completely falls apart. The always-toasted profile of Dom P, with smoke, nuts and melted butter – takes a gigantic step forward and becomes like a constant monotone repeating tone in your ear and it’s nothing but annoying. The vanilla tone is tacky – I can appreciate oaky perfumes in general, but here it’s simply not in balance (DP sees no wood . these tones are the result of cultured yeasts). The worst tone is however, what some might describe as spices – but to me its dark impure funky aromas of old thyme, coffee and goat cheese. Taste is horrible – the mousse is like a big foaming soap in the mouth – for some maybe creamy and delicious, but to me it’s like a big burp of aromas. It’s not enough that the mousse cleans the mouth in itself; it has to be done with clarifying tones, backbone structure, minerality and acidity. This is not a task DP can deliver – if fails big time and once again – it’s completely lifeless on the palate. Where the hell are the nerve, vibe and acidity? It’s not undrinkable - just so utterly indifferent in my opinion. I feel like claiming this is amateur stuff – something you could drink in a nightclub, and a product completely stripped of terroir and soul. Such a statement will always come out wrong and arrogant – but that’s how I feel about it.

I fully agree with you on DP. I had the -98 about a month ago and the nose was completely dominated by a dirty burnt seaweed/oystershell character that I cannot stomach now (but that I used to enjoy when I was new to Champagne). And that is how it stayed for a good 3 hours.
That said, I have been lucky to have tasted some absolutely magic Oenothèque (-76, -64 and -59) bottles that had none of this character. I guess only time will tell...

Thank you for posting and sharing your thoughts.

I wish I had more experience with really old Dom Perignon as you are not you are not the first to report on spectacular old DP. I have had the 1964 once – it was fascinating for sure – but missed some final sparkle on the finish line.

Time will tell if the new releases will walk down the same memory lane. I am of course sceptical – but it will be fun to taste…let’s say the 1996 in 2035. It will not be my bottle – but hopefully someone in my wine club has it – and I can guarantee you I will have a bottle to match it ;-).