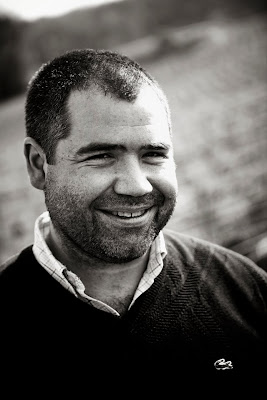 By driving to Champagne by car, I decided to prolong the trip by an extra day. The car came in quit handy, as I quickly arranged an appointment with Benoît Tarlant up in Oeuilly, where I had never been.

I have met Beniôt before in Copenhagen and of course also the day before at Terre et vins de Champagne. He is like many of the other wine makers - I have met from Champagne, a kind a warm person.

Before I had the privilege to met Benoît and be sort of, becoming more acquainted with his range of Champagnes, I always thought of Tarlant as being a fairly big and conservative wine grower. But I have slowly realized, that this is not the case. It seems to me, that Benoît is a person with enormous passion for his work, not on a mission to change, but more on a path of untameable curiosity. Benoît’s father; Jean-Mary - has for a long period embraced balanced viticulture with no use of chemical pesticides or fertilizers. Benoît are of course taking the same steps in order to improve soil quality, but also fine tuning the future potential of the Tarlant vineyards. This is seen in the recent introduction of the 2 single-vineyard cuvee’s. The Blanc de Blancs “La Vigne d’Antan” from ungrafted vines, where the phylloxera is not able to penetrate due to the very sandy and siliceous soil. The second one is the 100% Pinot Meniuer; La Vigne d’Or which vines dates back 1947.

But it doesn’t stop here, as I was about to see and also taste. Benoît has 2 new projects in the pipeline – or maybe more? – who knows? I am not even sure if I allowed writing about them, but I can tell you this much that one is still unmanned (currently just labelled with a "WW" marking on the bottle), was one of the most intense Champagnes I tasted on this trip. Another project is called "BAM" (Pinot Blanc, Arbanne, petit Meslier), but I better stop here and let Benoît reveal their true identity, when they are ready to be released.

And of course there is Discobitch, which just tells you, that some of today’s Champagne makers just likes to have fun. Benoît heard the song "C'est beau la bourgeoisie" by the French pop group Discobitch and immediately loved the song, which became a number one hit in France. Called the group and told them that he would make a Champagne called “Discobitch”. Despite its funky name and nightclub appeal, Discobitch is the real deal, as it’s basically cuvee Louis juice which is an extremely mouth coating and giving Champagne. 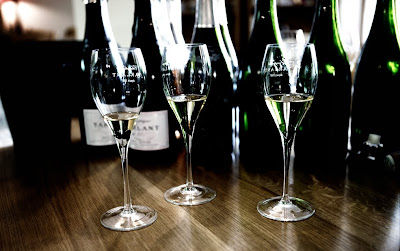 We tasted several vins clairs in the cellar and the whole Tarlant range in the tasting room – I think we had 16 wines in front of us. I love his simple Zero Champagnes, both the “Brut” and the “Rosé”, which the sort of Champagnes which just brings you in good mood, with their clean and vivid fruit. The 2002 “La Vigne d’or” is being released shortly and I strongly urge you to look for it. I would still cellar it though, just a year or two and it’s a power Champagne, but yet with the right finesse and balance. We also tasted the “2002 La Vigne d’Antan”, which is no way near ready yet. A Champagne with clarifying and vinous character, but currently so shy. Its release is still unknown, but it could take some time.

Benoît, if you are reading this, thank you so much for your great generous hospitality, I hope to see you again.